Sigh. Now, the Marxists and deviants[1] in California have come up with something new. They want a third gender on birth certificates and drivers licenses: ‘non-binary’. Two Democrat Senators are putting forth this nonsense. They say this would streamline the process for people, especially teenagers, to change their gender identity if they choose to do so. This would sidestep rules such as those in North Carolina where a person must abide by gender denoted on their birth certificate. 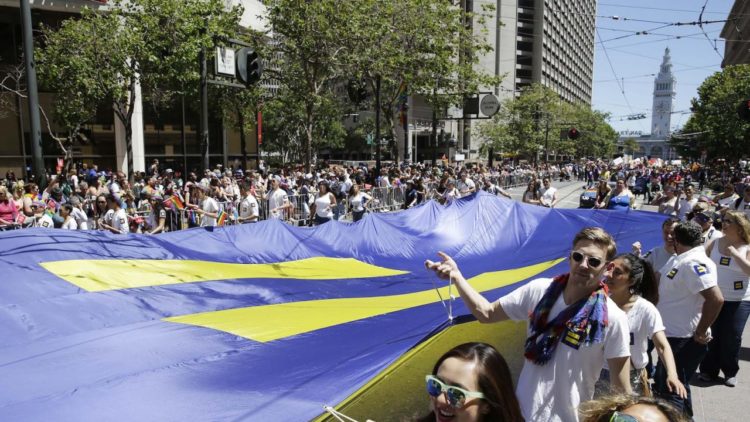 Marchers carry the Human Rights Campaign flag up Market Street during the 44th annual San Francisco Gay Pride parade Sunday, June 29, 2014, in San Francisco. The lesbian, gay, bisexual, and transgender celebration and parade is one of the largest LGBT gatherings in the nation. (AP Photo/Eric Risberg)

According to the LA Times[3], two California state senators, both Democrats, are seeking to expand the number of genders officially available for birth certificates, and even drivers licenses.

Toni Atkins (D-San Diego) and Scott Wiener (D-San Francisco) want official documents to now include the option of “non-binary,” in an effort to “keep California at the forefront of LGBTQ civil rights.”

The bill, SB 179, also would streamline the process for people to change their gender on such documents. It would remove the requirement that an individual obtain a sworn statement from a physician certifying medical treatment for gender transition. It also would create a process for people younger than 18 to apply for a change of gender on their birth certificate.

In other words, if a child or teen decides he or she would rather identify as something else, they would be able to alter their information in order to suit the gender they feel more like.

Lawmakers framed the measure as an expansion of rights for transgender, intersex and other people who do not identify as male or female. “It will keep California at the forefront of LGBTQ civil rights,” Atkins said at a Capitol news conference. SMH. Just sick and twisted. “As the LGBT community — but especially the trans community — is under assault in this country, California needs to go in the opposite direction and embrace the trans community and support the trans community and modernize these laws,” Wiener said. Well, they certainly are heading in the opposite direction of most normal Americans, I’ll give them that.

The legislation does not specify what the alternate gender marker would be, but other countries that have implemented such a policy, such as Australia and New Zealand, have used the letter “X” alongside “M” for male and “F” for female. This is sheer insanity. You can call it whatever you want, but you are born either male or female, whether you like it or not. This messing with gender identity is not only a sign of depravity, but a massive sign of moral decay. 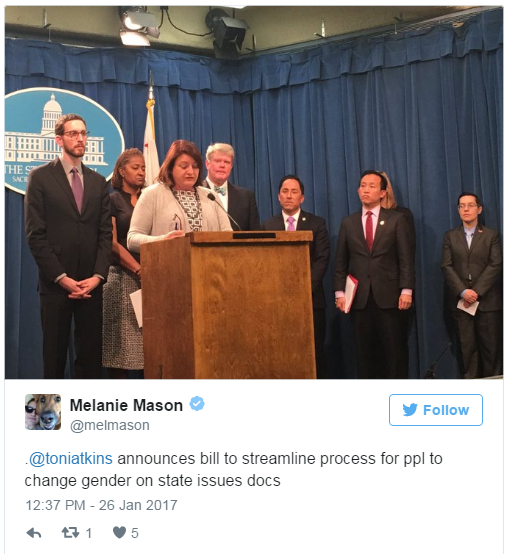