Just shaking my head.[1] Remind me to not die in California. The moonbats in that state are putting forth a bill that would legalize “liquid cremation,” which is supposedly an environmentally-friendly way of getting rid of a corpse. Sounds like lye to me, or acid or something else equally disgusting. Why would they do this? Because cremation causes global warming! I kid you not. Too many corpses are having to be roasted and it’s in turn roasting the earth. I need a drink.

This stupidity has failed three times before, but Marxists are nothing if not persistent (see Chelsea Clinton). According to Bay Area public radio station KQED, a “green alternative, known as water cremation, bio-cremation or flameless cremation” is becoming all the rage: “Basically, the body is dissolved in a hot chemical bath, leaving a sterile solution that can be flushed down the drain. The carbon footprint of this process is just a quarter of traditional fire cremation because it uses so much less energy; and only a sixth of a burial because it doesn’t require the materials for concrete headstones, mahogany caskets or the chemicals used in embalming.” Wow, no fuss, no muss. Just melt your loved ones and flush their souls down the sewer. I need another drink. 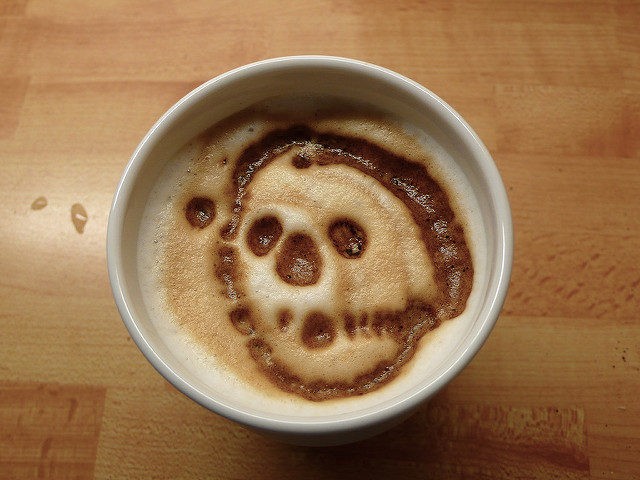 California lawmakers are considering a bill that would legalize “liquid cremation,” an “environmentally-friendly” process of using a chemical base mixture to destroy human remains as an alternative to cremation, which critics say causes pollution and climate change.

If Assembly Bill 967, known as “Human remains disposal: alkaline hydrolysis: licensure and regulation,” passes, Californians could be allowed to dissolve their loved ones’ remains by the year 2020.

This is reportedly the third attempt to pass such legislation.

AB 967 was introduced in State California Assemblyman Todd Rex Gloria (D-San Diego) at the beginning of 2017. Gloria served as the interim mayor of San Diego for seven months before Mayor Kevin Faulconer was sworn in after Bob Filner (D-CA) resigned following a sex scandal.

And if that did’t creep you out enough, they actually want to harvest the metals from bodies to be recovered and recycled. That will keep nasty toxins such as mercury in tooth fillings from being released into the atmosphere. It will cost $150-$500 more for this liquid cremation process than for cremation using fire. Damnation is evidently free.

I’m so glad my kids don’t go to UCLA… the only place in California where bodies are currently cremated by water or dissolved — legally — is in a basement lab at UCLA, where cadavers that are no longer useful for medical students are flushed away. They are melting and flushing people away… into the water system. Yeah, no problems there or unintended consequences either.

The cadaver bones are left behind and can be pulverized into a fine particulate mass that families can keep if they wish, just as some do with the ashes from cremation. There’s absolutely no regard for the dead here at all. They’ve reduced humans to meat and bones to be dissolved and washed away. It makes me sick. I support cremation, but not like this. This is obscene.