California is well known to be almost completely insane when it comes to gun control. The legislature of the state have shown themselves to be fact-denying and totally bias in their attempts to try and feed the public bogus rhetoric on why they DON’T need their Second Amendment rights[1]…yet, they themselves have just voted to exempt themselves from the gun laws that they pass.

Now a California state organization, in connection with the National Rifle Association, is hitting back. While many states have become more ‘free’ with the 2nd Amendment in recent years – passing laws that permit for open and concealed carry – California was of course, not one of them. Quite the opposite. California has passed such damaging laws against the 2nd Amendment, that it’s easy to see how the state can be the runner up for the most anti-gun state in the country. 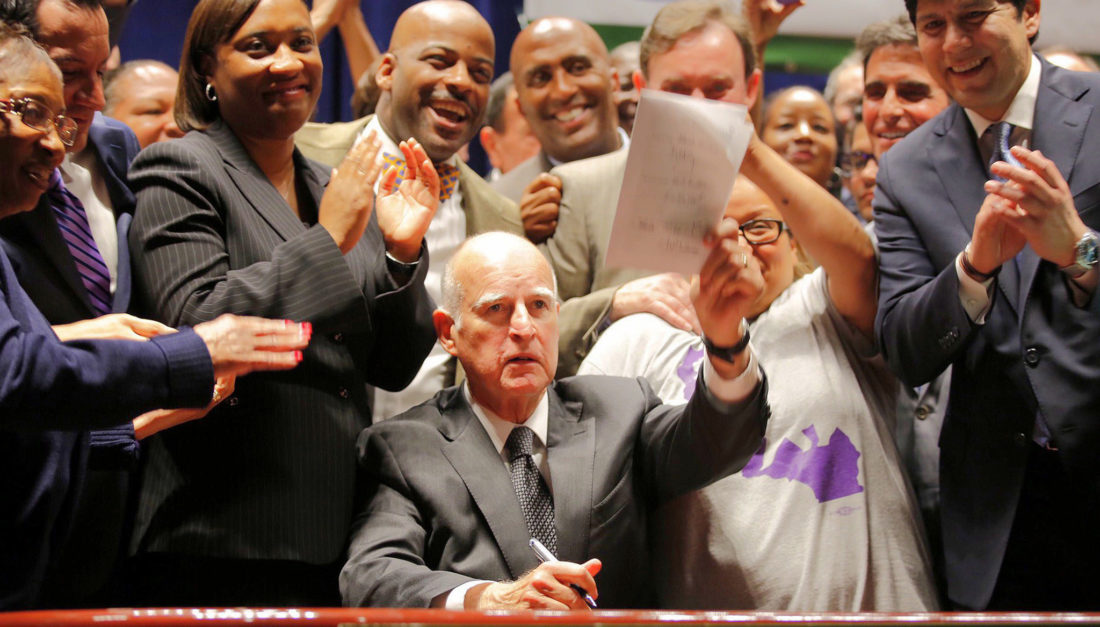 Luckily, we have the California Rifle and Pistol Association on the matter. On Monday, the group filed a lawsuit aimed at overturning a broad set of bills signed into law last year by the lunatic governor of the state, Jerry Brown. The group has conceived a plan to challenge different views of the California law, which rode on the coat tails of those monsters in the San Bernardino shooting spree. There were 14 people killed and more in Orlando, which killed 49.

The lawsuit is going to go after the state’s ban on almost every type of the so-called assault rifle, including America’s by far most popular rifle, the AR-15. Californians were scrambling before the deadline of January 2017 to purchase what liberals refer to as the so-called “assault-style weapon.”

It was just five years ago that the state senate voted 28-8 in favor of exempting themselves from having to follow the exact laws that they passed for the public. They have forgotten their place and who serves who.

In John Hawkins’ new book, ‘101 Things All Young Adults Should Know’, he teaches in number 17. “If you want to know what a person really believes, watch their actions.” We know what Californian politicians believe and it ain’t in the people.