California has lost its ever freaking mind.[1] Their highest ranking judicial officer has just called for the banishment of ICE from courthouses in that state. She has actually told them to stay out of the courthouses there. Her remarks come as the California Assembly legislature takes up Senate Bill 54, a sanctuary state proposal that would prohibit the use of state and local public resources to aid federal immigration enforcement. If it is enacted, the so-called California Values Act would effectively cut off all voluntary cooperation between local law enforcement and ICE, except in cases required by federal law. One of the provisions in the bill prevents ICE agents from accessing jails to interview or take custody of criminal aliens without a judicial warrant. Since no judge in California would issue such a warrant, they would effectively be blocked from doing their jobs period.

This judge is claiming that courthouses should be a safe space for illegal aliens. Hell, they want the whole state to be a refuge for these criminals. Why haven’t we cut off federal funding to California? Paging Jeff Sessions… just do it already. Law enforcement officials say this measure will force ICE to go into communities looking for illegal immigrants, where many without criminal convictions will also be apprehended. So be it then.

State Chief Justice Tani Cantil-Sakauye, who has previously condemned Immigration and Customs Enforcement (ICE) operations at court facilities, said Tuesday she has a duty to call out federal agents who arrest illegal immigrants in or near the California’s courthouses.

“If no one ever speaks out, then we can never be the land of the free and the home of the brave,” Cantil-Sakauye said at a panel discussion hosted by state Sen. Hannah-Beth Jackson, according to the Sacramento Bee[4].

Cantil-Sakauye is one of California’s most outspoken public officials in a state widely regarded as the toughest opponent of President Donald Trump’s immigration enforcement agenda. In a March letter[5], she criticized Attorney General Jeff Sessions and then-Homeland Security Secretary John Kelly for allowing ICE to conduct operations in California courts, saying that immigration agents were “stalking” illegal immigrants and undermining “access to equal justice.”

Both Jeff Sessions and Chief of Staff Kelly told California that ICE would be forced to go into areas looking for even more illegal immigrants, but these asshats aren’t listening. Sanctuary city policies will force ICE agents to find and arrest people in public spaces including courthouses. If a judge tries to block them, they will be in violation of federal law and subject themselves to federal prosecution.

Cantil-Sakauye dismissed that argument this week, saying that courts should be safe havens where illegal immigrants are free to testify as crime witnesses or victims without fear of running into ICE officers. “We’re seeing people not coming to court, not reporting to court, not coming for services (and) not coming to testify … This has an effect not only on the immediate case and the safety of communities, but people who live in the communities,” she said. Just keep pushing it and they will force the federal government to slam the lid down on California hard and then bring in the National Guard to restore some kind of rule of law there. 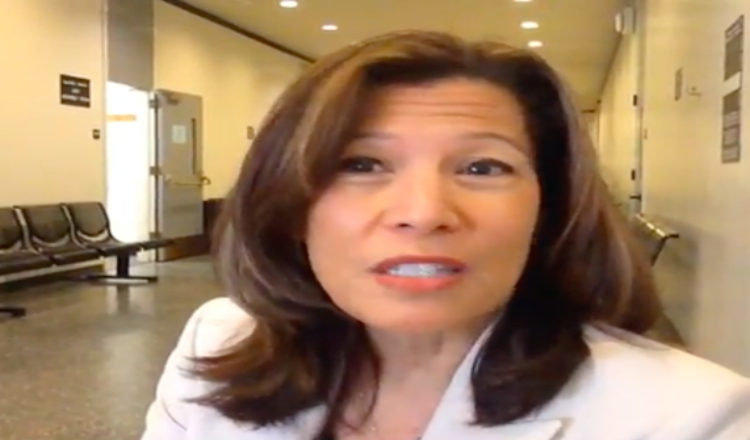