I didn’t think our rights could be any more demolished[1]. But the California state legislature is working hard to prove me wrong, using your money to do so. 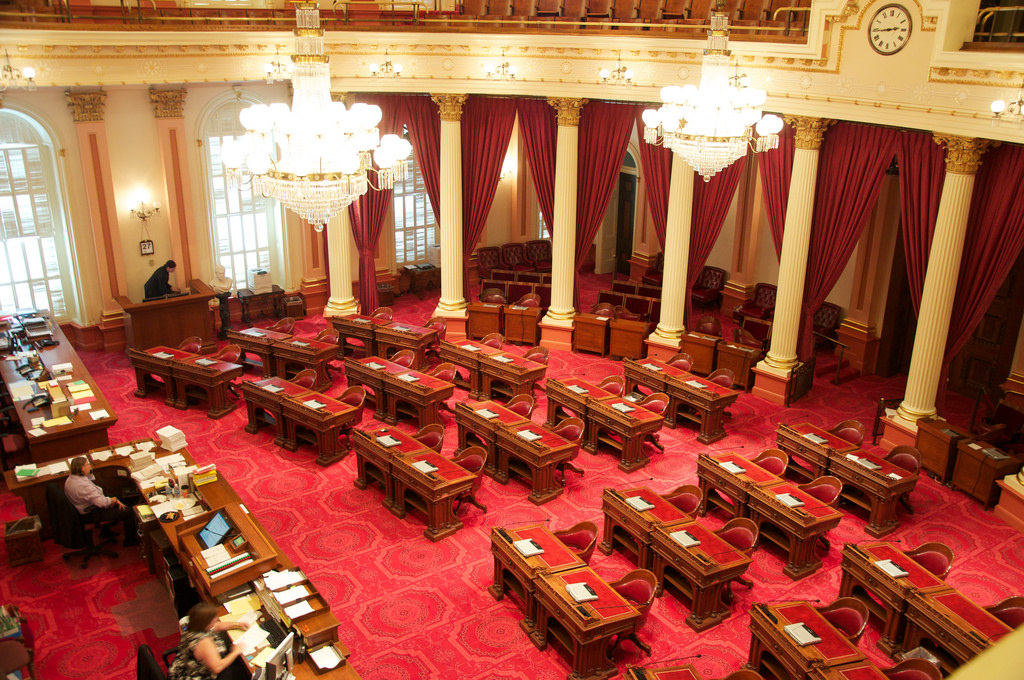 The law[3] is currently working through the Assembly and would be limited to nursing homes and intermediate care facilities. If passed and signed into law it would punish those who “willfully and repeatedly” refuse “to use a transgender resident’s preferred name or pronouns.” The punishment for breaking this law would be a $1,000 fine and up to a year in prison.

That’s right. They will come and kidnap you and throw you in a cage for an entire year if you do not bow down to them and their dictates.

So, how does this not violate: “Congress shall make no law respecting an establishment of religion, or prohibiting the free exercise thereof; or abridging the freedom of speech, or of the press; or the right of the people peaceably to assemble, and to petition the Government for a redress of grievances?” It’s right there people, in plain English. Stop with this nonsense. Being called by your preferred name and addressed as your preferred gender is not a civil right. In fact, enforcing this law would be an egregious violation of everyone else’s constitutional right to free speech. The only speech worth protecting is the offensive kind, that’s the entire point of the amendment! You cannot use the power of the state to make people say what you want them to say.

This isn’t the only so-called “gender discrimination” bill on the California congress’ radar this summer. Another bill proposes forcing companies with 50 or more employees to undergo mandatory propaganda re-education camps, I mean mandatory transgender training programs.

I’m very sad the South lost the Civil War. If there was ever a time we needed legal precedent for secession, now would be it. Let California become Mexico again and get all the freedom loving people out to Texas and let them rot in their newly crafted hell. Maybe these are the end times prophesied in ancient scripture or maybe we just need an earthquake to get the ball rolling, but it’s time to cut ties with California.