If totalitarianism comes to America, it will hit the shore in California. It is already visible on the horizon. The California Political Cyberfraud Abatement Act is an actual bill, proposed by Assemblymember Ed Chau:

The bill would … make it unlawful for a person to knowingly and willingly make, publish or circulate on a Web site, or cause to be made, published, or circulated in any writing posted on a Web site, a false or deceptive statement designed to influence the vote on any issue submitted to voters at an election or on any candidate for election to public office.

In other words, most any political speech regarded by someone as “wrong” could potentially be proclaimed criminal. Authorities could prosecute at their discretion.

Attacks on fundamental liberties are always justified by pretexts. Here the supposed need to eradicate “fake news” serves that purpose. In actual practice, this term usually refers to news that has not been reported with the liberal slant preferred by the powers that be.

As the Electronic Frontier Foundation observes, the bill stinks:

This bill will fuel a chaotic free-for-all of mudslinging with candidates and others being accused of crimes at the slightest hint of hyberbole, exaggeration, poetic license, or common error. While those accusations may not ultimately hold up, politically motivated prosecutions—or the threat of such—may harm democracy more than if the issue had just been left alone. Furthermore, A.B. 1104 makes no exception for satire and parody, leaving The Onion and Saturday Night Live open to accusations of illegal content. Nor does it exempt news organizations who quote deceptive statements made by politicians in their online reporting—even if their reporting is meant to debunk those claims. And what of everyday citizens who are duped by misleading materials: if 1,000 Californians retweet an incorrect statement by a presidential candidate, have they all broken the law?

A more carefully written bill would be even more dangerous, because it would stand a better chance of passing — although no bill that criminalizes political speech could be squared with the First Amendment. 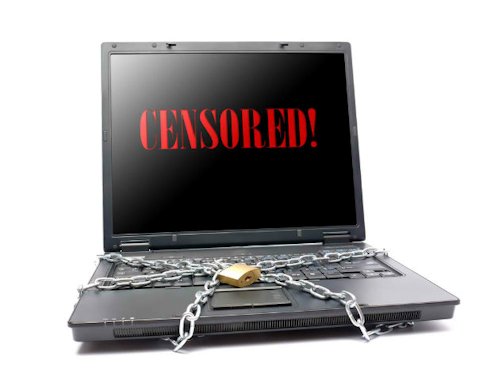