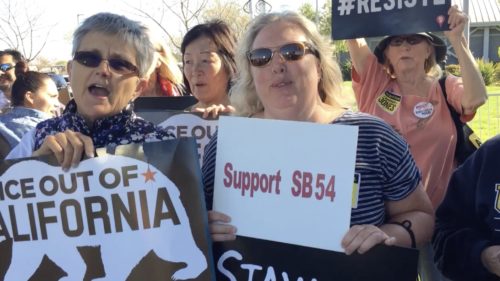 This past Thursday, California’s Democrat Governor, Jerry Brown, officially signed what is being called the “Sanctuary State Law.” The law limits the ability of California law enforcement officers to interact with Federal immigration authorities in terms of enforcing immigration law. Brown defended the legislation, saying, “These are uncertain times for undocumented Californians and their families, and this bill strikes a balance that will protect public safety, while bringing a measure of comfort to those families who are now living in fear every day.”

California has officially made it clear that federal immigration officers are not welcome in the state, not in courtrooms, or any state government location. Thomas Homan, acting ICE Director, was at an immigration forum in Sacramento, in March, where he was booed and heckled by protesters. His response was to make clear that, “We don’t conduct neighborhood sweeps. We don’t do it. If you think ICE officers don’t have a heart, you don’t get it.” 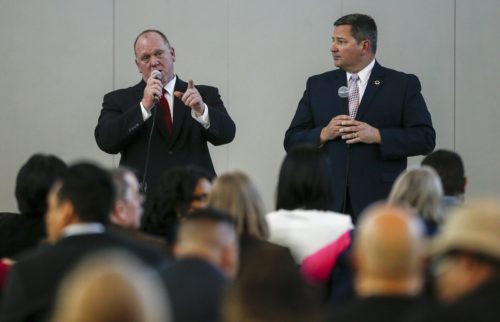 Brown claimed in his statement at the time of the signing, saying, “This bill does not prevent or prohibit Immigration and Customs Enforcement or the Department of Homeland Security from doing their own work in any way. They are free to use their own considerable resources to enforce federal immigration law in California.”

State officials have warned federal immigration officials to stay out of courtrooms and state government offices.

Homan, by way of contrast, said, “SB54 will negatively impact ICE operations in California by nearly eliminating all cooperation and communication with our law enforcement partners in the state. ICE will have no choice but to conduct at-large arrests in local neighborhoods and at worksites, which will inevitably result in additional collateral arrests, instead of focusing on arrests at jails and prisons where transfers are safer for ICE officers and the community.” 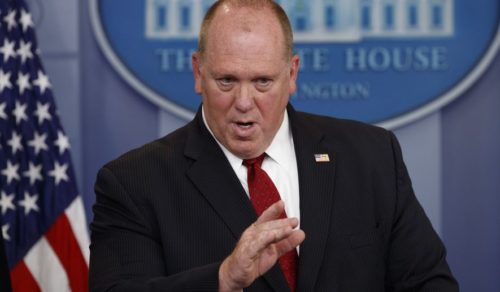 US Attorney General Jeff Sessions weighed in, saying, “The bill risks the safety of good law enforcement officers and the safety of the neighborhoods that need their protection the most. There are lives and livelihoods at stake.”

Additionally, Sessions referred to the law as “unconscionable,” adding, “We strive to help state and local law enforcement. But we cannot continue giving such federal grants to cities that actively undermine the safety of federal law officers and actively frustrate efforts our reduce crime.”

The fact that an entire state believes it can supersede the authority of federal law on immigration is outrageous. The protection of citizens and the management of our borders is the province of the federal government. They are tasked with keeping us safe and keeping our borders functioning properly by keeping illegals out and allowing legals in. But California has decided that they can reject the law of the land in favor of pandering to Leftists and illegals. California should lose every cent of federal funding and the state’s citizens who are being placed in danger and having their jobs and benefits handed out to illegals, should rise up and say “no more.”

The state of California has made its choice; illegals matter more than American citizens. And that choice needs to have consequences. One consequence has already been outlined by Mr. Homan of ICE; now large community-wide sweeps and lots of arrests will become necessary since the lower key way of doing it by handing illegals over at police departments and jails has been taken away with this new law.

So, those unnecessarily caught up in any of these sweeps have only California Democrats to blame. But they won’t blame Jerry Brown and those who forced the sweeps into existence. They’ll likely blame Trump.