California is one of the most liberal states in the country and they’re not happy about losing so miserably in the November election. It seems the rest of America is ready to leave disastrous liberal policies behind, but not California. Instead, they’re taking the first step towards secession[1]. 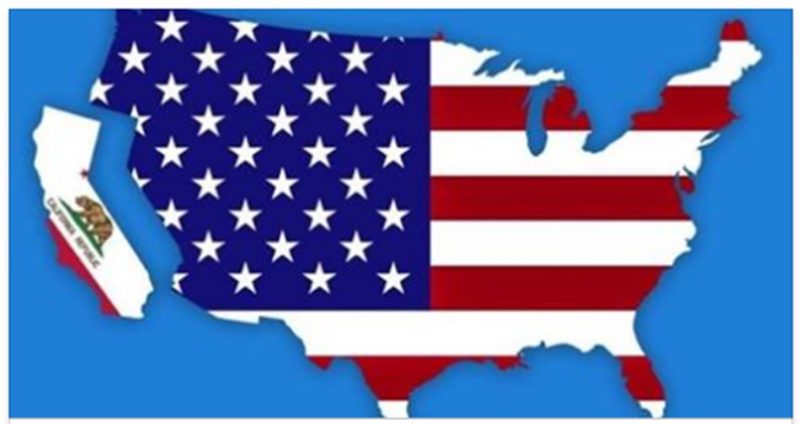 A group of Californians have begun looking to introduce the idea of secession on a 2018 ballot, called the “California Autonomy From Federal Government” initiative. The secessionists can now begin collecting signatures and they officially have 180 days to collect 600,000 signatures to get the initiative on the 2018 statewide ballot.

And the secessionists already have a plan in case Congress won’t let them leave the union; Louis J. Marinelli, president of Yes California, said that they plan to circumvent Congress entirely and go through the United Nations to assert independence if voters agree. “We’re not ashamed about going around Washington to achieve it,” Marinelli said.

As if that wasn’t enough, Calexit has been turned into a comic book as well. Written by Matteo Pizzolo and illustrated by artist Amancay Nahuelpan, the comic book initially had a print run of just 25,000 copies — but it sold out almost immediately, so the publisher has now requested a second run.

Volume 1 of the comic book includes five issues and follows Jamil, a 25 year-old courier, and Zora, a 27 year-old leader in the Pacific Coast Sister Cities Resistance, as they escape from a prison camp in Occupied Los Angeles, where martial law is in place. Californians struggle to take back their state from a dictator who signed an executive order mandating the deportation of all immigrants. California made itself a sanctuary state in response. (Sound familiar?) Clearly, the idea of Calexit is popular to liberals.

Do you think California should leave the union?