How the Moonbats Running California Are Ensuring Another Drought Crisis

Due to the massive precipitation recently, California’s drought problem is over for now, but it will soon return — because its far more serious moonbattery problem never went away. Consequently, not enough water is being stored for the inevitable return of dry weather. From the Wall Street Journal:

While farmers and communities downstream can capture some of the discharges, millions of acre-feet will invariably flow into the ocean due to lack of storage capacity and rules to protect endangered fish species. One problem is that while the state population has increased 70% since 1979, storage hasn’t expanded. …

The Public Policy Institute of California estimates that five proposed reservoirs could add four million acre-feet of storage capacity at a cost of $9 billion. Yet environmentalists have opposed every significant surface storage project for three decades. The state is even razing four hydroelectric dams on the Klamath River that green groups complain impede fish migration.

Hydroelectric used to be regarded as green energy. But now it is bad, because what if fish want to be on the other side of a dam?

The actual problem with hydroelectric is that it is efficient. If the same could be said of wind and solar, enviromoonbats would start to care about the birds chopped up by turbines or set on fire by solar facilities. The ultimate goal is for us to have no energy and not to exist, because the human race is seen as a blight upon the planet.

Regulations intended to protect smelt and salmon have limited pumping at the Sacramento-San Joaquin River Delta. As a result, some seven million acre-feet of water that was once available for Central Valley farmers and Southern California is flushed into San Francisco Bay each year.

That’s why the Breadbasket of America is turning into a dustbowl.

California has an arid climate, and parched times will return, which is all the more reason to take advantage of the wet years. That greens and politicians won’t do so suggests they almost wish for permanent drought.

Environmental crisis is the health of the state. When drought unavoidably returns, Jerry Brown et al. will blame global warming, and use it as a pretext to pursue the twin objectives of liberalism: higher taxes and more regulation. 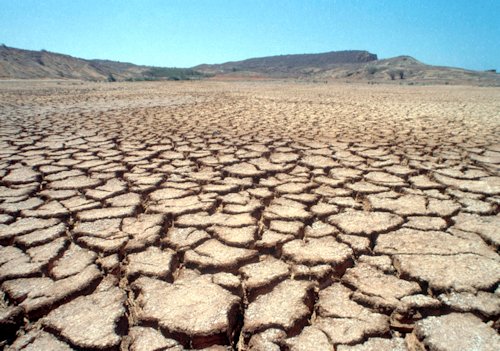