Well, isn’t this interesting.[1] PayPal founder and early Facebook investor, Peter Thiel, is considering a run for governor in the state of California. He’s worth billions and he is openly gay… and I sincerely hope he beats the crap out of Jerry ‘moonbat’ Brown. Did I mention he’s conservative and a Trump supporter? He began by supporting Ted Cruz and then switched to Trump as he took the lead. Three Republicans are now claiming that Thiel is considering a run in the Golden State.

The man is a real life success story and he loves his state. It will be interesting to see when political ideology meets sexual orientation in California, if it will make any difference. Evidently, there is a whole faction of gays out there that say if you are conservative, you aren’t really gay. Squint. That’s like saying if you are conservative, you aren’t black or a woman. It’s dumb. 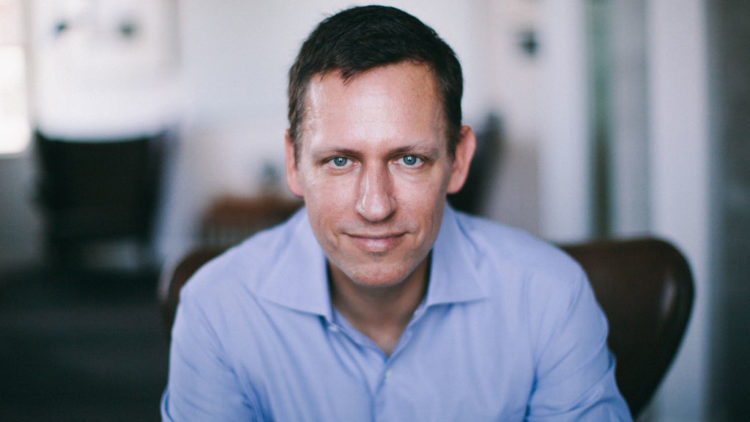 Thiel has been discussing a prospective bid with a small circle of advisers, including Rob Morrow, who has emerged as his political consigliere.

Those who have been in touch with the 49-year-old entrepreneur are skeptical that he’ll enter the race. He is a deeply private figure, and California is unfriendly territory for a Republican – particularly a pro-Trump one. The president-elect won just over 30 percent of the vote there.

But they add that Thiel has conspicuously yet to rule out a bid and that those around him continue to discuss it.

Adding fuel to the speculation: Thiel raised eyebrows this week when he granted a rare interview to the New York Times’ Maureen Dowd. In the interview, he outlined his political worldview and explained his support for Trump.(At one point, Thiel said, perhaps jokingly, that he’d be “fine” with California seceding. “I think it would be good for California, good for the rest of the country. It would help Mr. Trump’s re-election campaign,” he added.)

In October, The Advocate[4] ran a commentary on Thiel saying, “Peter Thiel, the Silicon Valley billionaire who made news this summer for endorsing Donald Trump at the Republican convention, is a man who has sex with other men. But is he gay?” You people seem to have an issue with the definition. I guess I shouldn’t be surprised… they can’t seem to even define gender. You can’t just say that being gay is about cultural identity. The fact that Thiel is gay does not preclude him from being conservative or from being governor of California.

Thiel, who delivered a prime-time speech at last summer’s Republican National Convention, is not a novice when it comes to politics. According to public filings, he has contributed over $8.5 million to federal candidates and committees since 2000. He speaks frequently with House Majority Leader Kevin McCarthy, the most powerful Republican in California. Thiel is worth approximately $2.7 billion. A run for governor in California would cost about $100 million. He could self fund nicely for the race. This would beat the liberals at their own game and perhaps give California a fighting chance at survival.

Thiel is about to ruffle a lot of fabulous feathers there in California. There’s no way to know if he will prevail, but the gay community seems to not be supportive at this point. But if any conservative could do it in that state, it would be Peter Thiel.