Here we go again…[1] the National Union of Students for black students has elected as their fearless leader, a raving moonbat. Malia Bouattia and NUS are calling for the abolishment of all prisons because they are… wait for it… racist and sexist. In case you mistakenly believe that Bouattia is sane in the least, she has previously argued that it is Islamophobic to oppose ISIS and described one university as a ‘Zionist outpost’ because it has a large Jewish society. She is a racist herself and hates Jews. I don’t know if she is Muslim, but she certainly is in favor of murderous Jihadists. They couldn’t have picked a more radical leftist. She’s a Brit, but don’t for a moment think she is alone. There are plenty of leftists here in the States who feel just as she does. 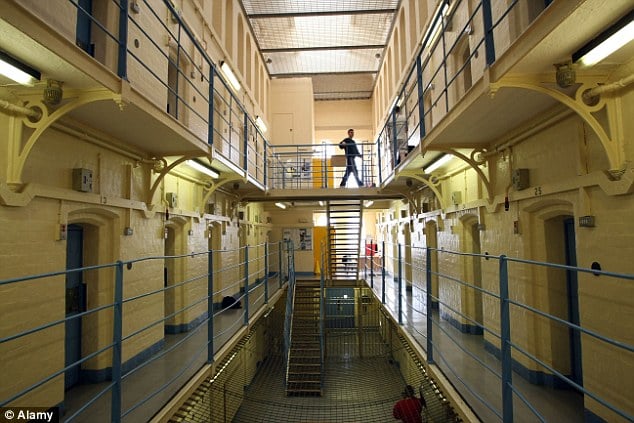 An influential students’ group has called for prisons to be abolished because they are ‘sexist and racist’ in the latest in a series of far-Left interventions by the student movement.

The National Union of Students black students’ conference also voted to step up its fight against the Government’s anti-extremism agenda.

The controversial votes at the conference in Bradford this weekend came after the current NUS black students’ officer, Malia Bouattia, was elected president of the union, defeating the more moderate incumbent.

One of the motions passed at the conference this Saturday was entitled ‘Prisons are Obsolete! Abolish Them Now!’ and resolved to ‘call for the abolition of the prison-industrial complex’. The motion, which pointed to high rates of re-offending and the disproportionate number of black people in jail, concluded: ‘Prisons are sexist and racist.’ Students also threatened to deploy ‘direct action’ to fulfill their aim of disrupting the current prison system. The vote called for anyone detained under the Mental Health Act to be handed over into NHS care, but was silent on what should happen to other convicted criminals. I assume they would just release them into the general population. These Marxists are extremely anti-government as well. The new black students’ officer, Aadam Muuse, was endorsed by Bouattia and has a track record of campaigning against Israel and Prevent. In his manifesto, he vowed to fight ‘the racists in Parliament wrecking black lives with impunity’. He is currently an official at the students’ union of Bradford University, which was responsible for proposing the anti-prisons motion at the conference. The election of Bouattia, 28, as NUS president last month prompted a huge controversy because of her history of radical activism. Former officers of NUS have declared the organization ‘lost’ and a number of universities are cutting ties with them over their radical stances. But there are many, many more who won’t and the antisemitism expressed by these hate mongers is growing by the day across the globe. American campuses have the same problem. 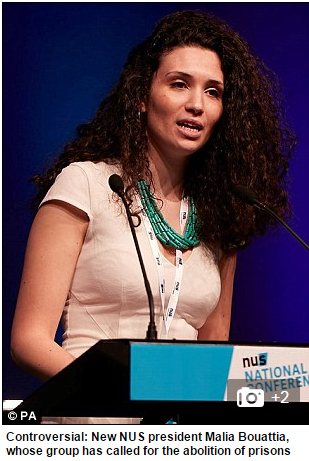