BREAKING: Communist Speaker To Coach Berkley How To Drive Trump Supporters From Campus

It’s becoming increasingly dangerous to be a Republican and/or conservative on college campuses in America. If you need any evidence as to this, look no further than UC Berkeley hosting a communist speaker who is going to explain why and how you should “drive fascists” like Milo and Ann Coulter from college campuses.

Basically, if you’re a Trump supporter, you are not welcome. 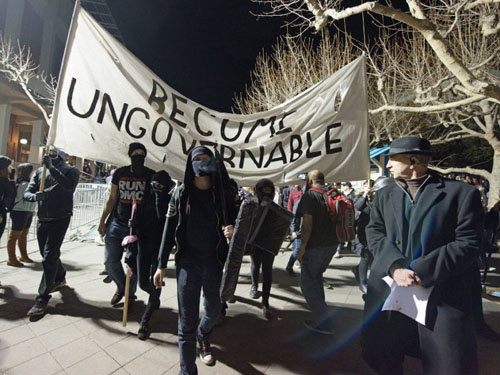 “Battle For Berkeley: Why It’s Right And Righteous To Drive Fascists Off Campus, Out Of Berkeley… And Out Of Power!” is an event at which Sunsara Taylor will be speaking. She is the leader of the Revolutionary Communist Party and has discussed “driving this regime out,” while talking about President Trump.

A flier being distributed to promote the event attempts to make her communism more attractive by invoking the name of Bob Avakian, UC Berkeley grad and chairman of the Revolutionary Communist Party. 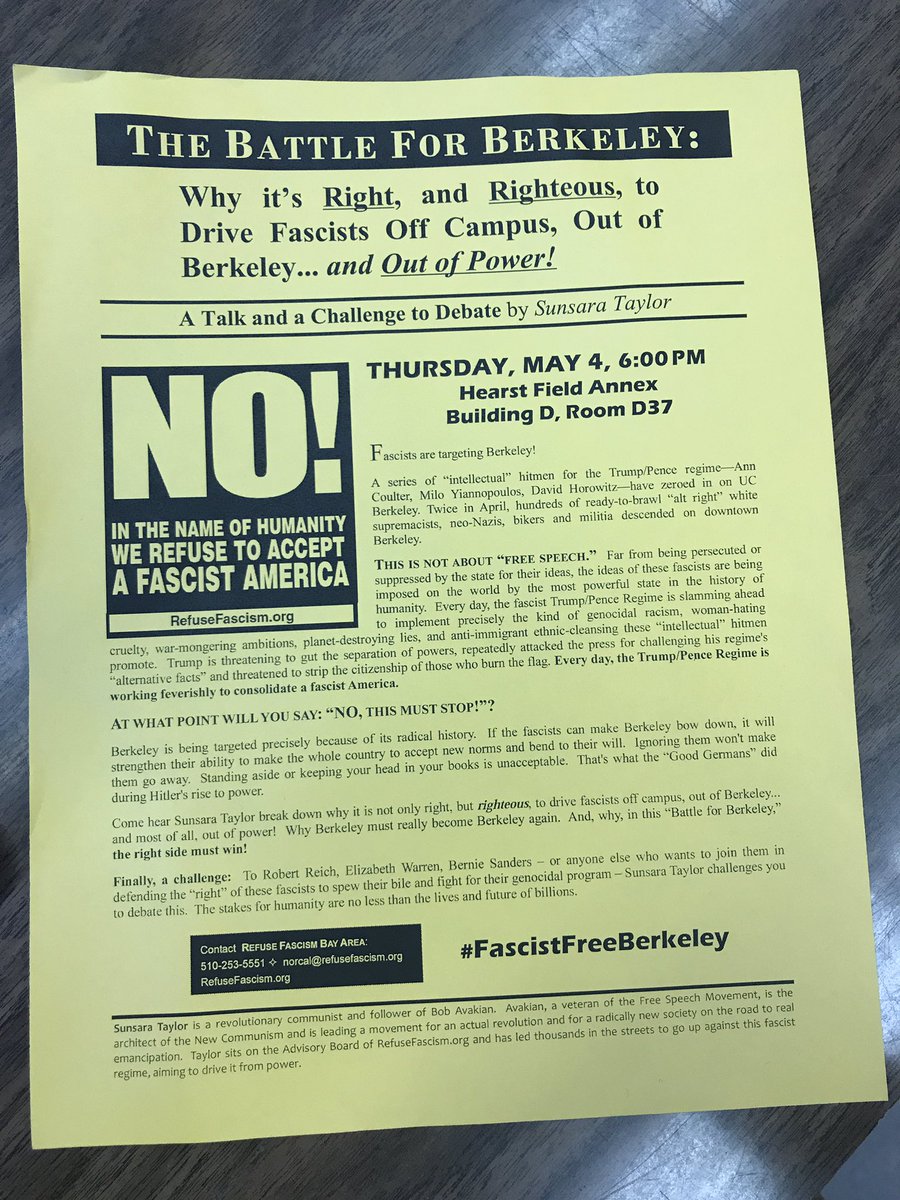 I don’t know what drama queen typed this up in a fit of anger, but they are far from accurate. There is no “genocidal program,” Trump’s Presidency is not the “most powerful state in the history of humanity” and comparing Trump to Hitler is simply intellectual laziness.

The event, taking place tonight at 6 PM Pacific, is nothing more than an echo-chamber of yes-men patting each other on the back and telling themselves that their violence is justified because “muh fascism.” Of course, the irony of the fact that they are bringing in a communist to discuss the negative aspects of fascism is completely lost on them, meanwhile those of us who have studied history for more than a semester know that communism has killed more people than any other political regime in the world. Yes, even their beloved Hitler doesn’t measure up.

In Right Wing News owner John Hawkins’ new book, 101 Things All Young Adults Should Know[3], he reminds young people that we are not victims. Nothing that is happening in America right now can even compare to the tragedy that took place in Germany and to equate the two is insulting to the people who perished at the hands of Hitler and his men. Stop thinking that everything is about you and everything in the world is happening to you, and you’ll be able to function like a normal human being.