Depending on who you ask, a lot of people will tell you that children are more disrespectful, more violent and more entitled because we’ve taken God out of our public schools. Many scoff at this notion, but the results speak for themselves.

It’s gotten to the point where schools have become openly hostile at the idea of any student practicing their religion, reading the Bible, praying, or wanting to start a Bible study group. One teacher is now demanding that parents command their child to stop talking about God in the classroom.

Needless to say, it’s not sitting well with a lot of parents. 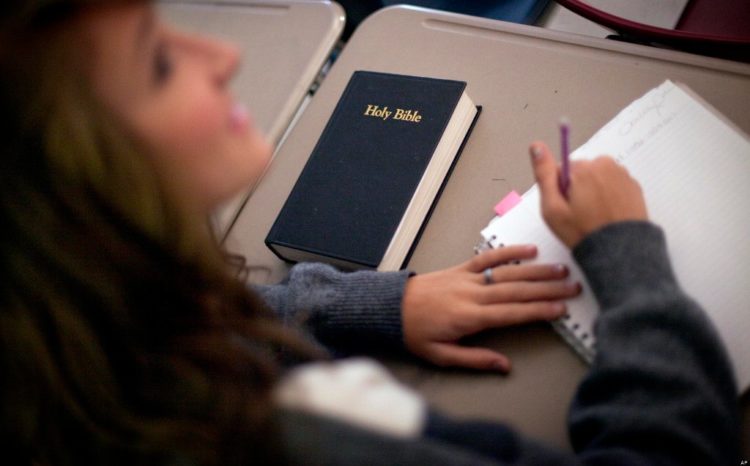 A first-grade teacher at McCordsville Elementary School was triggered by hearing “about 5 students” discussing religion and using horrifying words like “God,” “Jesus” and “Devil.” Oh the horror! The scandal of it all!

So parents were sent a warning letter, making them aware that discussing religion at a public school is not “appropriate” and they might offend other students who may not partake in a religion that doesn’t believe in the same things.

“With McCordsville Elementary being a public school, we have many different religions and beliefs, and I do not want to upset a child/parent because of these words being used. If you go to church or discuss these things at home, please have a talk with your child about there being an appropriate time and place of talking about it.”

Parents were alarmed by the letter and contacted Superintendent Shane Robbins, who was forced to issue a letter regarding the incident. In it, he called the teacher’s warning “unfortunate” and assured parents that their First Amendment rights would not be violated at school.

“To simply summarize, MVCSC employees can neither advance nor inhibit religious views,” he stated in his official letter. “Trying to limit a student’s view on religion is a violation of a student’s first amendment rights. However, if the discussion becomes an academic disruption, then as a district, we can intervene to maintain the integrity of the educational process while at the same time being sure to not violate a student’s constitutional rights.”

Of course, if anything becomes an academic interruption it should be punished as it is preventing other children from learning. However, if some small group of students want to talk about Jesus, God and the Devil, and they’re not preventing other students from learning, they should absolutely be able to do that.

Basically, this teacher needs to suck it up and recognize that people – even students – are going to have different viewpoints on a wide variety of things, including religion. If it so offends you that a handful of first-graders believe in Jesus, maybe being a public school teacher isn’t your calling.