Is this what we can expect to happen now? 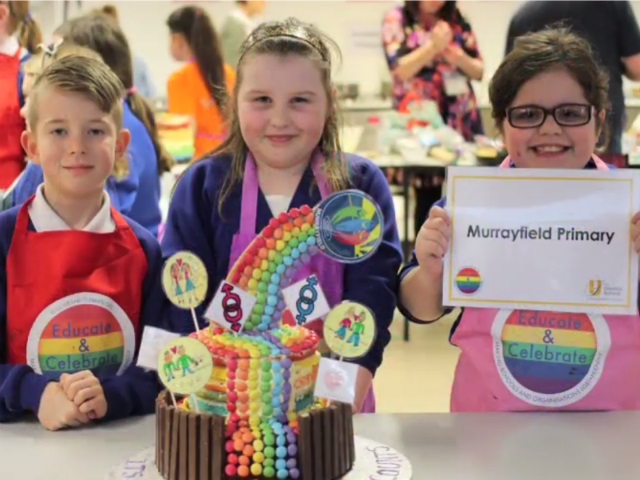 More than 100 schools now in Britain have signed up to an LGBT “best practice” curriculum that has now adopted the idea that gender neutral uniforms are a must. No longer will boys and girls have their own designated uniforms. In this curriculum being rolled out, they will also be exposed to material promoting gay and transgender lifestyles as part of their daily education. Elly Barnes is the founder of this program and it is called Educate & Celebrate – which is a promise to turn schools into a “safe space” for LGBT youth.

“In our experience, primary schools are adopting [the progra] faster than secondary schools,” she told The Guardian.

How it works is the “charity” works alongside in partnership for 12 months with each school that accepts the curriculum and signs up for the best practice program. It will work to help the institutions implement a “5 point plan” The program includes “reviewing policies that have been developed by the LGBT inclusive curriculum. It comes with lesson plans, assemblies, book collections and promotes an increasing visibility in the school environment of gender neutral aspects, starting with the uniforms.

Educate & Celebrate’s blog boasts that staff attended the ‘Women’s March’ against Donald Trump in January, attacking the U.S. President for having “failed to appoint a new LGBT envoy to the house with just days to go until his inauguration.”

Read this…you’re not going to believe it.

A key aspect of the charity’s program is helping schools “establish an LGBT+Inclusive curriculum through our book collections, assemblies and lessons in all subject areas and key stages”. Their goal is to make children “aware of the everyday existence of LGBT+People”.

A geography lesson plan for Key Stage 1 pupils (aged between five and seven) has children read And Tango Makes Three, a book which concerns two male penguins at a zoo who ‘adopt’ a baby penguin.

The lesson plan tells teachers to “discuss the story”, asking pupils: “Did [the baby penguin] have all of his needs met? Who did this? Did it matter that they were both male? Why?”

Teaching resources on the charity’s website show Educate & Celebrate advocate promoting LGBT lifestyles in every part of the curriculum.

We have also learned that plans for even math lessons are aimed at teaching students 11 to 14 years of age all about averages and calculating one number as a percentage of another by using the number of attendees at gay pride festivals around the world as the basis for their story problems and practice questions.

Another one of their 5 points, dictates that schools are to “increase visibility” of sexual minorities, by using displays and placing them in key areas, and a reception greeting. These are to make every constituency of LGBT youth “feel represented”… again, providing a safe space.

A former delegate to one of the charity’s teacher training days said Educate & Celebrate “influenced everything” about the school, which “changed [its] vision statement to reflect” what was learned at the charity’s event.

“There are rainbow touches throughout the school!” added the delegate, quoted on the Educate & Celebrate website.

You should also know that it was reported that one of Britain’s TOP private schools will be bringing these “gender-neutral” uniforms and unisex toilets into their school and enforcing that their teachers drop gender-specific terms like ‘boys’ and ‘girls’ from their vocabulary.

If this doesn’t feel like a latter day prophecy being fulfilled…I don’t know what does. It appears the ‘natural man’ of this fallen world is about to embark into Sodom and Gomorrah 2.0

It’s a good thing we have people like you. Who know to pray for this country, her president and her people. Divine help is the only remedy for this sort of crazy.