A Pennsylvania state representative presented a bill that would halt federal funding[1] for state colleges that don’t abide by the immigration laws of the land.

Sanctuary campus policies have become a progressively popular petition from students at private colleges around the country. Sanctuary status has been a political tool on many campuses including Pennsylvania colleges like the University of Pennsylvania and Swarthmore.

According to a Facebook post from State Representative Jerry Knowles, who is sponsoring the bill, a sanctuary campus exists when a school’s administration conspicuously refuses federal authorities on matters of immigration.

A sanctuary campus exists when the school’s administration adopts policies to refuse to allow federal authorities on campus without a warrant; directs campus law enforcement not to communicate, coordinate or cooperate with federal authorities regarding undocumented individuals on campus; and/or refuses to share information about undocumented students with federal agencies unless presented with some form of legal process.

Sanctuary status has been implemented by Columbia University, DePaul University and of course, the public University of California and also other institutions. 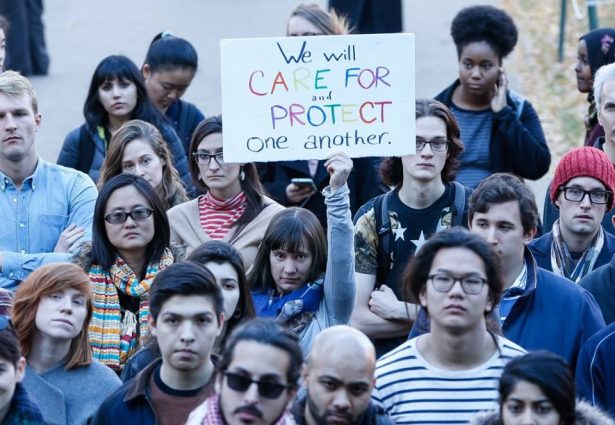 Both Penn State University and Bucknell University in Central Pennsylvania declined to adopt sanctuary status for their campuses, despite combative protest campaigns from portions of their students. Bucknell University President John Bravman, writing in an email to his campus community, contended that adopting sanctuary status as a university is soft-headed and is counterproductive to the the goals and purpose of institutions of higher education.

Although some schools have adopted the label, which on its face may be reassuring, the term “sanctuary campus” lacks a universal definition and offers no legal protection. A common theme underlying the term seems to be a representation that a self-described “sanctuary” institution will prohibit immigration authorities from entering campus unless required to do so by a court-issued warrant. In practice, however, such a prohibition is not feasible. By their very nature, university campuses are open environments where students, faculty, staff and visitors come and go freely. I am confident that “sanctuary” schools in large urban centers, for instance, are not erecting checkpoints along their many miles of streets and sidewalks in order to determine the employment of each individual who crosses onto and through their campuses. In fact, stops of that nature would seem to run counter to our identity as an institution of higher learning.

How we are even questioning this as a real issue is proof positive that we have gone completely insane as a country.