This popular saying is now considered a “racial attack” in college

Oh, for Pete’s sake![1] Another head banging on desk moment. Skidmore College has deemed the message ‘Make America Great Again’ that was left on some whiteboards as racially motivated attacks. The school’s Bias Response Group came up with this stupidity. Their so-called ‘report’ concluded that while the group “acknowledges that political speech is free and protected … [t]hese seemingly connected reports suggest a pattern of using the idea of political speech to target specific members of the Skidmore community with biased messaging. As such, the [group] does not interpret these messages as political speech but as racialized, targeted attacks.” Sounds like censorship to me and a direct violation of the Constitution. It also sounds wildly paranoid. 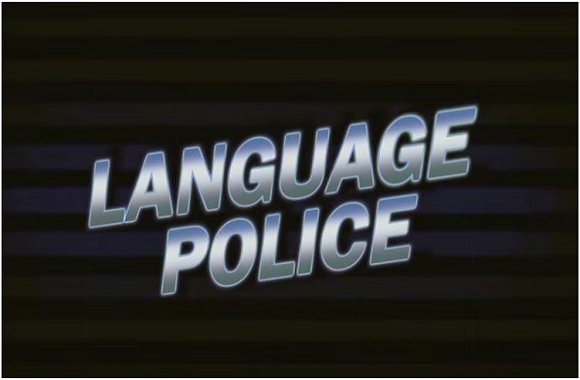 From The College Fix:

A series of messages left on dry-erase whiteboards at Skidmore College during the spring semester saying “Make America Great Again” were deemed racially motivated attacks, a determination made by the school’s Bias Response Group.

The group’s year-end report notes that the term – the tagline of Republican presidential candidate Donald Trump — was written on the whiteboards of two female faculty of color, one of whom has “immigrant parentage.” One message appeared in March and another in April in separate buildings.

The report states the slogan “is associated with the political campaign of a candidate widely known to voice anti-immigrant and bigoted views.”

In April, after the so-called “Chalkening” kicked into high gear nationwide, “multiple faculty door whiteboards” at Skidmore were hit with “Make America Great Again” messages, the report states. Man, these people hate Donald Trump and they outright fear him. They really need to get a life. This time, a “majority of BRG members do not interpret these messages as political speech but as politicized, racialized, targeted attacks intended to intimidate,” the report adds, indicating some on the group may have dissented. The whiteboard messages were just a few examples among many other complaints lodged with the Bias Response Group at Skidmore College, a private, independent liberal arts college in New York, during the 2015-16 school year. Sounds like a really great college to stay away from. Seriously. Obviously the history of the founding fathers and the Constitution are not heavy subjects at this college. 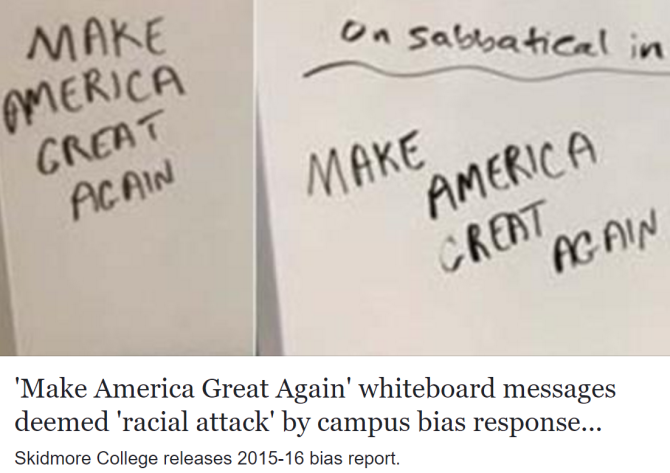 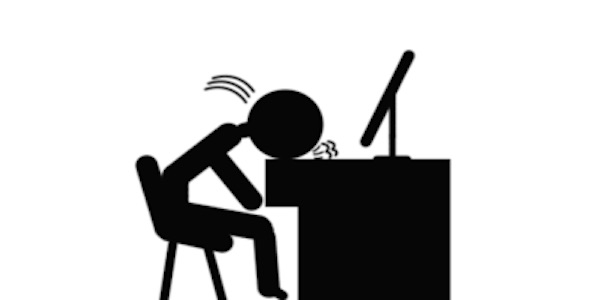