Professor Forced Off Campus For Being White Has Last Word [VIDEO]

Remember the professor earlier this year at Evergreen State College who refused to leave his campus for being white? Well, he just won a major legal battle against his employer over that mess. Professor Bret Weinstein and his wife, Professor Heather Heying, settled a tort claim with the college for $500,000. The College Fix is reporting that per the college’s agreement with the couple, they have resigned their positions as biology instructors at the school. I think that is a travesty, but then again, I wouldn’t want to teach where I was persecuted for my race and not wanted.

The email the college sent out reads: “They have resigned from their faculty positions at Evergreen, effective today. The college will pay them a total of $450,000 and contribute an additional $50,000 toward their attorney fees. In making this agreement, the college admits no liability, and rejects the allegations made in the tort claim.” Of course, they are guilty as sin here. 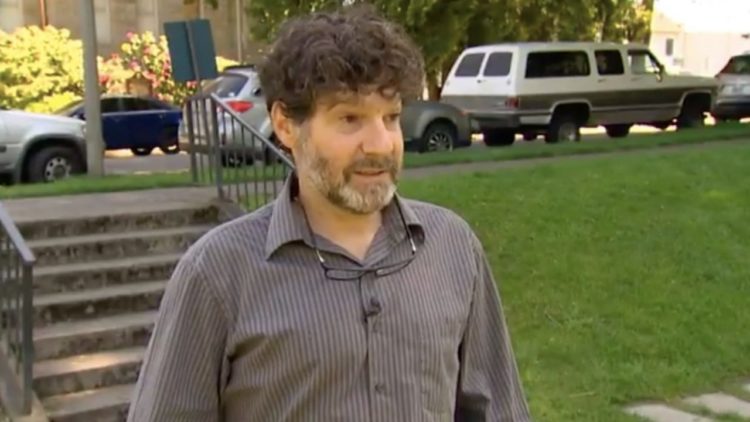 Actually, the college got off cheap. Weinstein and his wife sued them back in July for $3.85 million in damages. Frankly, they should have received every dime of that. They alleged the school “permitted, cultivated and perpetuated a racially hostile and retaliatory work environment” that followed a campus-wide event named “Day of Absence.” That event advocated the expulsion of all white people from campus for one day so non-white students could have a safe space to talk without oppression. Poor little snowflakes… so threatened by others because they are white. Just idiotic.

Weinstein of course, refused to leave. He was then harassed and ridiculed by students and his colleagues at the college. He was physically threatened and he was forced at one point to hold class in a parking lot because students blocked the entrance to his classroom. Weinstein stated that the school “sent the unmistakable message that the school will tolerate (and even endorse) egregious violations (and even crimes) purportedly to advance racial social goals, diminishing the collegiate experience for all, and fostering a racially hostile work and retaliatory environment for faculty and staff.”

He went on: “Through a series of decisions made at the highest levels, including to officially support a day of racial segregation, the college has refused to protect its employees from repeated provocative and corrosive verbal and written hostility based on race, as well as threats of physical violence.” At the time, the students actually took over the college and his safety was endangered. Below is video from the school during the protests. It shows students taking over the school and making demands. The college administration caved to those demands. They even agreed to let protesting students not be penalized for failing to do homework assignments.

Meanwhile, the way they treated this professor and his wife was beyond shameful. And the school is not backing down… they are just paying out to make these professors go away. Racism reigns at Evergreen State College. I’m glad these two professors got out of there. The school has become Orwellian and it is a dangerous place to be, much less teach.