Protesters demand funding for ILLEGAL IMMIGRANTS to have college housing

Looks like Cornell[1] is hell bent on becoming a sanctuary campus. The federal government should immediately cut off their funding. Protests were held there this week and they were led not just by students, but by faculty. They called for sanctuary for all illegal aliens and demanded funding for them to have college housing. How’s that for messed up? Of course, radical commie professors are nothing new on American campuses.

The protesters are demanding truly wacky crap… from their Facebook page[2]:

Parents pay a hefty $67,000 a year for their precious children to attend this university. I’m sure many of them did not realize that as an added benefit, their children would get brainwashed by Marxists. Just deplorable. If I sent my children to an Ivy League school, I would expect far better than this. 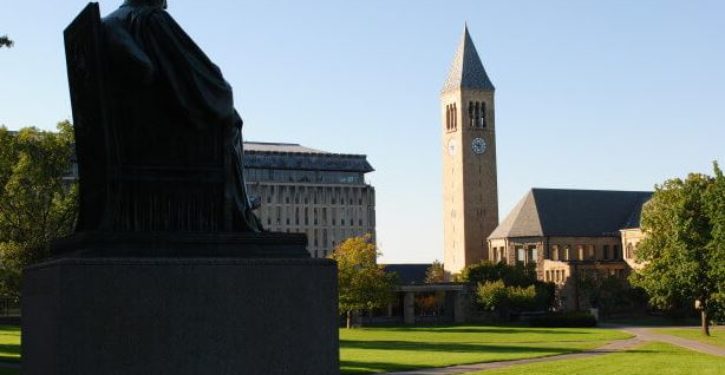 A few short weeks ago, it was “people of color.”[4] Then President Donald Trump came along and passed his vile “Muslim ban” (a pox on it!). Which brings us to today’s headline story, courtesy of the Cornell (University) Daily Sun[5]:

Cornell students and faculty gathered on the Arts Quad Thursday to demand that the University set up a designated fund for Cornellians with and without DACA status and strengthen its commitment to keeping student information private from federal immigration agents.

And don’t think for a minute that the faculty isn’t aware of the latest social injustice or supportive of remedying the same:

Prof. Russell Rickford, history, was an organizer of the event named “Sanctuary Now Cornell: Solidarity against Tyranny.” He estimated that 250 to 300 people attended the protest, which was hosted by Cornell Coalition for Inclusive Democracy.

Rickford led the crowd in chants including, “No ban. No wall. Sanctuary for all.” He also told the audience that “today we say no.”

“No more deportations,” he announced, “No more raids. No more fear.”…

Students and faculty who gathered on the freezing, but sunny Arts Quad, listened to speeches regarding the rights of undocumented people and oppressive systems in the United States. Since when is the US oppressive? If you come here legally, you are welcomed with open arms. Undocumented people are illegal aliens and are breaking the law. These 60’s rejects are spreading poison on these campuses.

Cornell students — documented and undocumented alike — also spoke during the protest. “Coming here, I walk through this quad everyday, and I look up at that clock tower, and I think that this institution was founded to be a place where any person can find instruction in any study, but Cornell puts barriers up in front of all undocumented people,” said Julia Montejo ’17, who identified herself as an undocumented student with DACA status. Gee, here’s a thought… why don’t you get legal? Then this would not be an issue for you.

Montejo said she did not receive financial aid from Cornell for three years and had to get aid from other sources. “I had to sacrifice meals. I had to sacrifice having the right books. I had to do everything to thrive at this school,” Montejo said. “Now that Cornell’s caught up, which is a little late for many people, Cornell is refusing to explicitly state that CUPD will not cooperate with ICE. It’s refusing to explicitly state that they won’t help remove people.” Frankly, you shouldn’t have gotten aid period. If you are not a US citizen, you are not entitled to aid to go to school.

They are working on getting DACA students free housing indefinitely. Not only should the federal government cut off funding to this school, the state of New York should as well – even if the school is not directly condoning this behavior, they are allowing student leadership to do it. But being led by commies, there’s not a lot of hope for that. Scratch off another school that has become a communist stronghold. 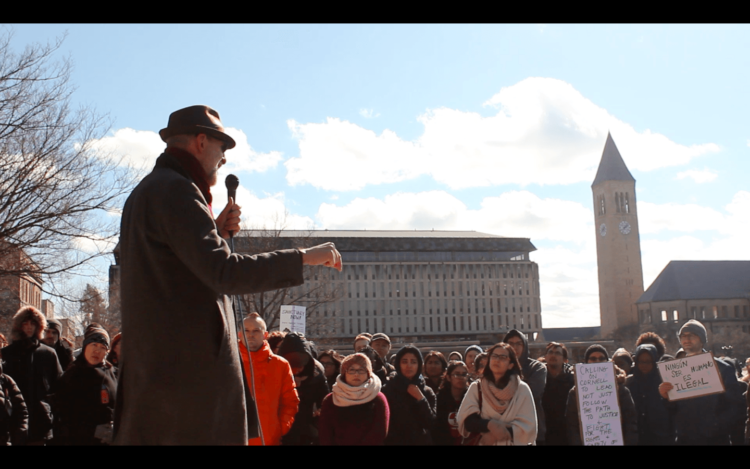