When you look at the image of a tiger, even if it’s the mascot of a school, what do you think? Do you think “awe, fuzzy!” or “nature is so beautiful!” or do you think “my, that’s really racist and represents white privilege?”

If it’s the latter, you might have brain damage that associates being a progressive liberal whine-bag that is more concerned with skin color than any member of the KKK ever was. 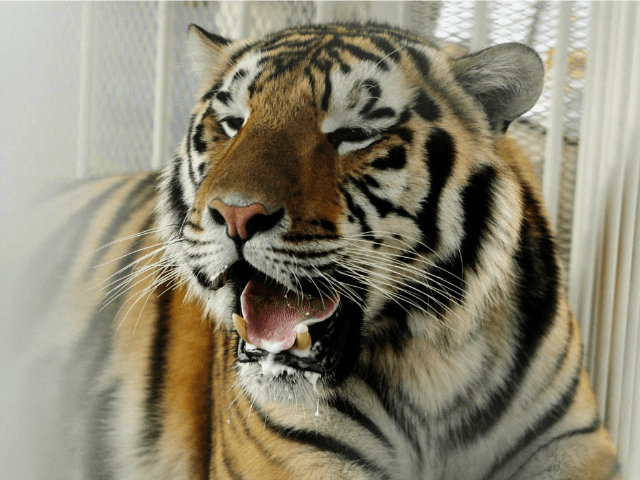 A Change.org petition, entitled “Change the Racist Mascot of LSU!,” claims that the school’s mascot is racist and represents white privilege, as it was named at the time of Jim Crow.

The school named their mascot after one of Louisiana’s hardest fighting civil war battalion, the Louisiana Tigers.

A little history courtesy of Breitbart[2]:

Wheat’s Louisiana Tigers, or the First Louisiana Infantry, became one of the Confederate Army’s most celebrated infantry units and fought in the Eastern Theater from the first days of the war and also under Robert E. Lee until the surrender at Appomattox Court House. It was often employed as the Confederacy’s shock troops, meant to strike fear in its opponents, especially early in the war when Northern forces were so poorly led.

Despite the fact that it has been decades since the Tigers were associated with anything surrounding the confederacy, students are still offended on behalf of… I don’t know, some special group that can’t speak for themselves?

The petition reads, in part:

“These powerful white males choose the Tiger as a symbol to honor a Confederate regiment called Louisiana’s Tigers. They were known for their propensity for violence on and off the battlefield. They were just as violent to the black slaves they owned, and later even more violent once those slaves were set free.”

Get over yourselves, oh my goodness.