A video has surfaced showing a teacher in a high school who gets triggered over a Trump t-shirt. I kid you not. First she asks at least two students to leave her class because they are wearing the shirts and to turn them inside out. When asked why, she says, “Because it says ‘Make America Great Again’.” She said you can’t wear the Trump shirts just like you can’t wear a shirt to school with a swastika on it. Nice. This happened last Thursday at River Ridge High School in Georgia. 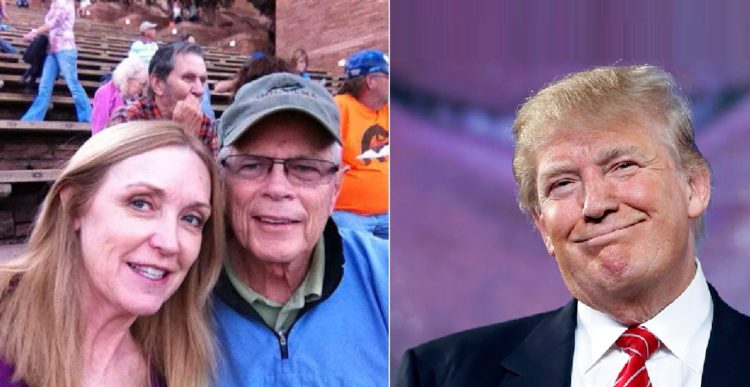 This woman is deeply, deeply disturbed. She claimed that ‘Make America Great Again’ was a slogan the neo-Nazis use. What an idiot. She doesn’t know history at all. “Let’s Make America Great Again” was first used in President Ronald Reagan’s 1980 presidential campaign, when the United States was suffering from a worsening economy at home marked by stagflation. Reagan used the slogan to stir a sense of patriotism among the electorate. Trump borrowed the slogan for his campaign because he views things the same way. It has absolutely nothing to do with neo-Nazis. What a putz.

Every time someone on the left or the media get backed into a corner during a debate, they throw the Nazi card over Trump. That a teacher in high school would make that comparison, not only shows a stunning ignorance, it shows a level of hatred that is poisonous to our children. She is so emboldened by the left and the media now, that she feels she can get away with demanding students not wear Trump shirts.

The Nazis were fascists that worked with communists. They killed not only millions of Jews, but Christians, gays and other minorities. They euthanized children that were imperfect or were not of pure Aryan blood. Trump has never done one thing that is even close to being in the same realm and I am sick to death of the Nazi comparisons. He is not a genocidal madman, although the left certainly displays a penchant for such actions themselves. This woman truly doesn’t get that her actions are themselves fascistic.

Anyone who likens a Trump shirt to a swastika or to neo-Nazis is nothing more than a massively stupid bigot who tries to smear the right with the worst thing they can think of. It speaks to a low intellect and a lack of mental capacity. A teacher who will sink this low is not someone you want teaching your children at any age. They paint anyone on the right as evil, while ignoring true evil that is out there such as communism, ISIS and our enemies both abroad and within… Antifa and Black Lives Matter come to mind. In fact, many public school teachers now belong to BAMN, an arm of Antifa.

Criticize politicians all you like, but a classroom must be a neutral zone where all ideas are welcome as long as they don’t promote the harming of others. This teacher needs to go and stay gone. I’m glad this was caught on video. It’s just outrageous behavior and I hope the school takes the appropriate action here.

UPDATE: I was contacted this morning by the Cherokee County School District and they have issued a statement on the matter.

On behalf of the Superintendent, this message is to provide you with more information about a story currently circulating in the media and on social media regarding an incident at one of our high schools.

In this regard, a River Ridge High School math teacher on Thursday, Aug. 31, 2017 erroneously told two students their shirts with campaign slogans were not permitted in class. Her actions were wrong, as the “Make America Great Again” shirts worn by the students are not a violation of our School District dress code. The teacher additionally — and inappropriately — shared her personal opinion about the campaign slogan during class.

The school’s Principal immediately met with and apologized to these students and their families. Superintendent of Schools Dr. Brian V. Hightower is deeply sorry that this incident happened in one of our schools; it does not reflect his expectation that all students be treated equally and respectfully by our employees.

While we cannot discuss disciplinary action against a teacher, we can assure you that the students face no disciplinary action. The Superintendent also is instructing all Principals to meet with their teachers and staff to review the dress code and remind them that their political opinions should not be shared with students.

Thank you for entrusting us with your children each day. We care about them and their future success!