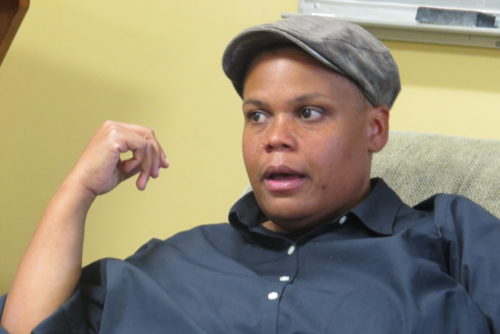 Parents, if you are looking for the perfect college that will teach your children to hate America, hate the President, love Socialism and love militant Black Liberation theology, look no further than either Princeton University or Hampshire College.

At the recent commencement for Hampshire College, radical Leftist Princeton professor[2], Keeanga-Yamahtta Taylor, used the occasion to castigate the President and tell the students that the world is dangerous because of him. Gosh, that sounds like such an inspirational speech, doesn’t it? Who wouldn’t want to hear hate and nihilism on graduation day?

The not-so-good professor said, among other things, “The president of the United States, the most powerful politician in the world, is a racist, sexist megalomaniac.” And, “It’s not a benign observation, but has meant tragic consequences for many people in our country—from terror-inducing raids in the communities of undocumented immigrants to his disparaging of refugees in search of freedom and respite.”

Taylor is a radical left activist. She promotes hatred and bigotry. She piously lectures others while working toward instilling rabid Leftism into young minds. Professor Taylor says Trump is a danger. Wrong. She is the danger. Her ideology is ugly and counter productive to a peaceful society.

You won’t see any of this advertised in the parent packets these schools hand out, but they employ numerous left wing radicals whose entire focus is to teach your children to hate. They hate, so they teach others to hate. What lives within the heart is what comes out of the heart. And when hate resides there, then hate is what comes out. Think before putting a young person within the grasp of professors like Ms. Taylor. Our students deserve better than to be spoon fed Leftist hogwash, while we pay the bill.

When people stop sending kids to these universities, then maybe they’ll realize that Americans are tired of sending their kids to college and getting them back indoctrinated into America-hating radicalism. Do the research, find schools that have a balanced approach. And avoid the schools like Princeton and Hampshire College which give unbalanced folks the title of “Professor.”

See video of speech below.