This is what you get[1] when you elect a socialist leader like Trudeau. Poor Canada. The Canadian government is sending approximately 100 soldiers to our northern border with them to help police and border guards handle an influx of illegal aliens and refugees expected to cross into Canada for asylum. It’s a back road in New York that crosses into Quebec. Thousands have already crossed over according to Canada… mostly Haitians. Of course, all of this is being played up as fear of President Trump and ICE conducting deportations. Fresh out of sympathy here.

DHS announced in May that the extension for those that came here because of a natural disaster will be extended one more time. What you don’t hear, is that these people could start the process of citizenship and be granted a reprieve, but they don’t do that. More than 5,000 have crossed into Canada so far. Canadian officials told the AP they estimated 400 illegals crossed the border at the Saint-Bernard-de-Lacolle this Sunday alone. Montreal’s iconic Olympic Stadium has been transformed into a refugee center to handle the influx and it is almost full. The Canadians encouraged this problem and they will now have to deal with it. 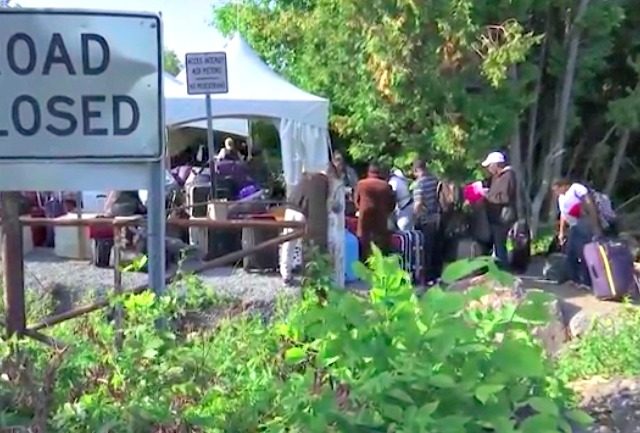 The Associated Press reported Wednesday that the Canadian government is sending “about 100” soldiers to assist police and border guards at the remote road on the Quebec-New York border that has become the nexus of an outpouring of illegal aliens living in America.

The back road crossing, with no official border post, near Champlain, New York, and Saint-Bernard-de-Lacolle, Quebec, has seen thousands of people[3], mostly Haitians residing in the United States, come by taxi and other conveyences to try to illegally enter Canada. Typically, the outflow is reported as resulting from “fear” of the climate created for illegals in the United States.

Haitians in particular may be agitated because the “temporary protective status” (TPS) many of them were granted in the aftermath of that country’s devastating 2011 earthquake may be coming to an end[4]. The status, granted by the Department of Homeland Security to specific groups of people suffering from war or natural disaster, has been extended time and again over the last seven years from its original six-month grant. TPS was never meant to grant the Haitians covered by it permanent residence in the United States, and they were expected to return to Haiti when the disaster had passed.

Canadian Forces soldiers have been deployed to help the Royal Canadian Mounted Police and the Canada Border Services Agency handle these people. The soldiers will set up a permanent border crossing, with a tent camp for up to 500 refugees (and that is what they are). They are being arrested as soon as they step into Canada, but this sounds an awful lot like Europe to me. They will probably be allowed to stay under Canadian asylum laws. Big mistake.

Liberal Party Member of Parliment Brenda Shanahan, who represents the district in which the crossing lies, tried to dampen the migrants’ expectations when she spoke to reporters. “It’s not a free ticket for refugee status” she said. “We would actually like to make that very clear, that regardless of what people are reading on social media and so on, crossing the border here does not guarantee an automatic entry.” But if Trudeau gets his way it will and so far he’s calling the shots. Buckle up Canada and take a long hard look at Germany, because your Prime Minister is taking you down that same road. 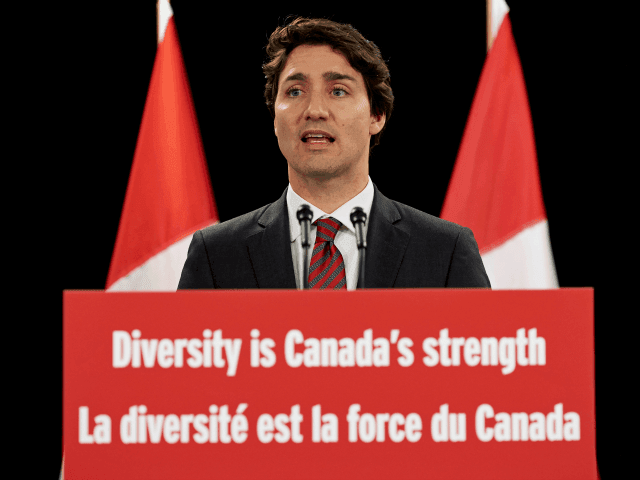