It looks like Americans aren’t the only ones who are fed up with illegal immigration into our country.

Canada’s Prime Minister welcomes immigrants of all kinds with open arms, but that doesn’t appear to reflect how many Canadians feel.

Huh, who could have seen this coming? 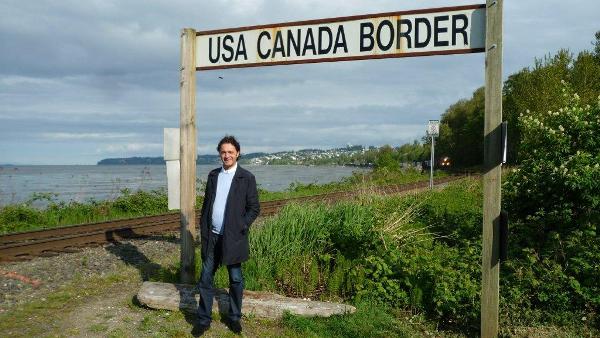 It turns out our friendly neighbor up north may have more in common with President Trump than we thought. And this has nothing to do with hockey…

It turns out not every Canadian is doing yoga like their Prime Minister and holding their arms open for immigrants.

According to Reuters[3], Canadians are sick and tired of illegal immigrants entering their country:

Nearly half of Canadians want to deport people who are illegally crossing into Canada from the United States, and a similar number disapprove of how Prime Minister Justin Trudeau is handling the influx, according to a Reuters/Ipsos opinion poll released on Monday.

The increasing flow of hundreds of asylum-seekers of African and Middle Eastern origin from the United States in recent months has become a contentious issue in Canada.

There has been broad bipartisan support for high levels of legal immigration for decades in Canada. But Trudeau has come under pressure over the flow of the illegal migrants. He is questioned about it every time he appears in parliament, from opponents on the left, who want more asylum-seekers to be allowed in, and critics on the right, who say the migrants pose a potential security risk.

Canadians appeared to be just as concerned about illegal immigration as their American neighbors, according to the poll, which was conducted between March 8-9. Some 48 percent of Canadians said they supported “increasing the deportation of people living in Canada illegally.”

Are we getting ready to see a Canadian Donald Trump? I wouldn’t be surprised. Everyone, even the most “tolerant” have their limits. It would appear our hockey-loving friends to the north have just about reached theirs.