The depth and extent of the sexual perversion that infests the Hollywood Swamp is still unknown. Harvey Weinstein was exhibit A in the sex swamp, but the revelation of his perversion is only scratching the surface of the depravity that is the acting and movie business. While the nation is still nauseous and outraged about Weinstein, yet another Hollywood mogul has been exposed for his perversion, by multiple women. 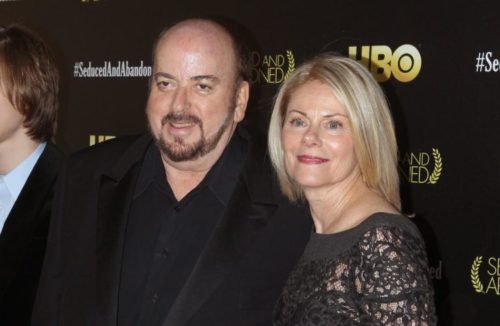 38 women spoke out about the sexual monstrosities of James Toback. 31 of them went on record. The accounts of these women all included a litany of despicable behaviors including, but not limited to, asking them to remove their clothes to audition, asking them humiliating intimate questions, simulating sexual intercourse on them, engaging in self-gratification while they were in front of him and asking them to pinch his nipples or look in his eyes. They all accuse him of asking them to meet him in parks, hotel rooms and restaurants, almost always ending in his hotel room with him self-gratifying in their presence.

Of course he promised them movie roles and big careers even as he violated them in the most disgusting intimate ways. He told many of the women that he “needed” to self-gratify upwards of seven times daily in order to function properly. Now, after having been publicly accused of these heinous acts, he’s claiming he couldn’t have engaged in these reprehensible behaviors because he’s diabetic and has a heart condition.

Tell it to someone who cares, Mr. Toback. You’ve been revealed for the sick pervert that you are. Over the years that Toback performed these sick acts, not a single actress or person ever came forward to law enforcement. Which explains why he was able to get away with this for years and years. And just as with Harvey Weinstein, everyone in Hollywood knew about his twisted predilections. And no one did anything about it; not his victims, not his peers, not his family. He was enabled to sexually terrorize countless women because no one spoke up.

Sexual predation is never the victim’s fault and it takes great courage to speak up about the crimes of a powerful person. If only someone had been able to find that courage, James Toback and Harvey Weinstein might not have been able to get away with this for years.

And this leads to the question, how many more Hollywood moguls are sexual predators with countless victims? We can only hope that current victims of these evil people will be brave enough to go public and go to law enforcement. The sooner these creeps are stopped, the fewer victims they will have. Hollywood, stop covering for predators and stand up to shut them down for good. They only get away with it because you remain silent.