Actress Asked Who She’s Supporting At Emmys Responds: ‘I’m Rooting For Everybody Black’ 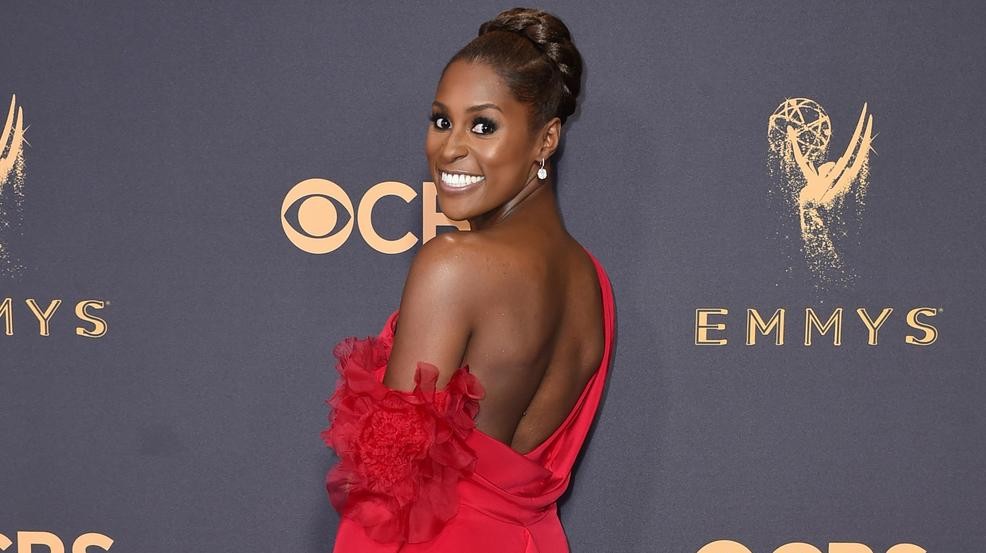 And actress/writer Issa Rae, creator of the YouTube series Awkward Black Girl and now of HBO’s Insecure, which deals with the “awkward experiences of a contemporary African-American woman” which debuted in July of this year, wants us to never stop being uncomfortable with racial issues.

When asked on the red carpet of last night’s Emmys, she was asked who she wanted to win at this year’s show:

“I’m rooting for everybody black!”

This is a recent development on social media, where non-white people refer to white women by generic “white female” names like Jan or Madison.

Good luck dismissing a black woman’s comment by calling her a generic, racially-tinged name that you consider to be associated with her race.

This is clearly race-baiting and Rae clearly has a chip on her shoulder that probably has nothing to do with real-world racial issues. Her entire career is based on being an “awkward African-American woman” and has been for the last six years. She is only famous in the fact that she spends her whole life writing and acting out situations where it’s difficult for her to exist with her skin color. The fact that she’s out there on a red carpet being interviewed by Variety about her new show on HBO is irrelevant: she’s still the oppressed one and you darn well better grovel to her and let her cheer for people based entirely on race.

HBO recently launched a new project called Abortion: Stories Women Tell, which was meant to be “fair” to both sides, where the two sides are: murdering your child and being disgusted that people would murder their child. During this documentary, they feature some disturbing audio of an abortion[8], which included the sound of the suction machine that removed the child’s dead body after tearing it limb from limb in utero and then showing the blood on the machine afterwards.

They also brought Lena Dunham to international attention (which is a sin in and of itself) and in the final season of Girls one of the characters in the show, Hannah, gets ready for her late-term abortion while her gay friend Elijah calls her baby a “parasite growing inside of you.” He then goes on to state that at this stage it would be hard to find someone to perform the abortion, but he vows to find one of them for her.

At least in HBO’s most successful program, The Sopranos, murders came with an emotional burden to be justified and the murderers were painted as committed by psychopaths. The only use of abortion was when Adriana becomes upset when she confides to an undercover agent that her choice to have an abortion in the past may complicate her ability to have more children in the future.

It’s people like Issa Rae who never want racism to end. If nobody judged by the color of your skin anymore, her entire career would be derailed and she’d have nothing left to say.