It’s official… most celebrities are dumb as a whole truck full of rocks. Case in point. Actress Mila Kunis thought she was sooo clever. She has her hate on for Vice President Mike Pence, so she decided to donate to Planned Parenthood every month in his name. She says he gets a thank you letter each month for his donation. It’s really cute when stars use butchered innocents as part of their jokes… not. She’s not impressing anyone, not even the guy in the mailroom. That letter never gets in front of Pence for obvious reasons, but it’s still an insult to a devout Christian like Pence.

Kunis, who stars in the popular animated series “Family Guy,” is a Democrat who has supported former President Obama and liberal causes in the past. She’s the ultimate example of someone wanting to be part of a clique regardless of what monsters they are. Her choices are telling. Republicans have fought for years to stop any federal money from going to Planned Parenthood, which is the nation’s largest abortion provider. It’s things like this that reinforce reasoning to cut off all funding to these baby killers. 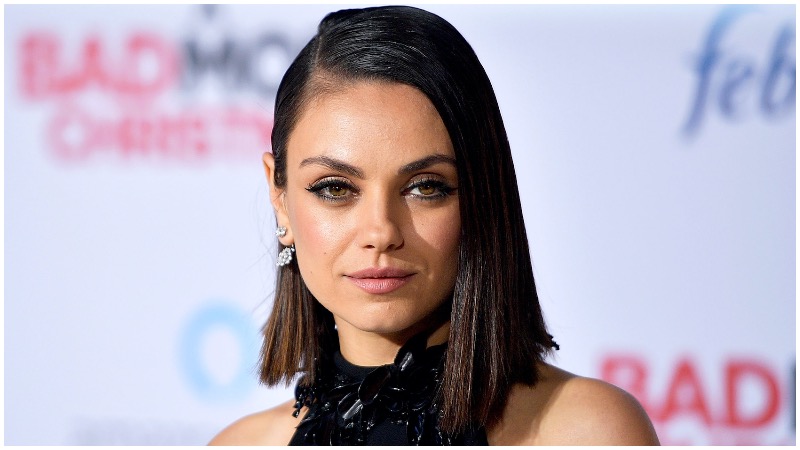 I don’t get all these Hollywood leftists like Chelsea Handler, Alec Baldwin, Michael Moore, Rosie O’Donnell and so many others that figure since they are part of the Hollywood set, they are smarter and wittier than Republicans. That rarely happens. Take for instance this stupid tweet I saw yesterday from the left – James Woods eviscerates admirably here:

How is it even possible to be this stupid? Seriously. pic.twitter.com/bxvK0SLmTu[2]

Sadly, it is indeed possible to be that stupid. And she wasn’t the only one using that moronic meme. I routinely see moronitude from the left like this on a daily basis.

Mila Kunis donates monthly to Planned Parenthood in Pence's name so Pence gets a thank-you letter each time https://t.co/tkOpZEIlBW[4] pic.twitter.com/Yayr2dd5iX[5]

Mila Kunis thinks her ‘prank’ on Pence is just far too clever for the masses. The joke’s on her. Most of us think it is lame and horrific. We don’t find infanticide funny. Go figure. She revealed all this on TBS’ Conan. “I disagreed with some of the stuff that Pence was doing and was trying to do,” Kunis said Thursday. “And so, as a reminder that there are women in the world that may or may not agree with his platform, I put him on a list of reoccurring donations that are made in his name to Planned Parenthood,” she added to cheers from the audience. Why do the audiences cheer these twits? Don’t feed the trolls y’all.

This airhead thinks she is shaming VP Mike Pence and millions of other pro-lifers because she believes in murdering babies. Nope… she’s shaming herself and doesn’t have enough sense to even know it. It’s a good thing this chick has looks, because if she had to live by her wits, she’d starve to death. Note to immoral, idiotic actresses… looks fade, but deep, abiding stupidity is for a lifetime.

Does she think he actually gets the letter? LOL

It goes right in the trash. You know, where PP throws aborted fetuses. https://t.co/QnPIotTxmW[8]

Providing @VP[10] with a running tally of additional private funding for PP, demonstrating why they don't need taxpayer funding. https://t.co/6dUoThKA0P[11]

This is stupid. The slaughter of innocents is part of her joke. They are hypocrites and its showing at the box office. https://t.co/lu8bCR7bfi[16]

You really owned some dude in the mail room https://t.co/NU4yMEZcFN[18]