Adam Sandler has gone public with his disdain[1] for celebrities who won’t visit Israel and who smack of being anti-Semitic. He’s disgusted by them and told Howard Stern just that in a recent interview. Sandler referred to Pink Floyd lead vocalist, Roger Waters, who attempted to convince musicians to cancel performances in Israel. “I’m disgusted that they single out Israel that [they say], ‘We can’t play Israel.’ All these f***ing nice Israeli people are getting a ‘f*** you’ from Roger Waters,” Sandler said. That pretty much says it right there. Perfect. Sandler commended Stern for coming down on Waters for being a bigot. That’s exactly what he should have done. 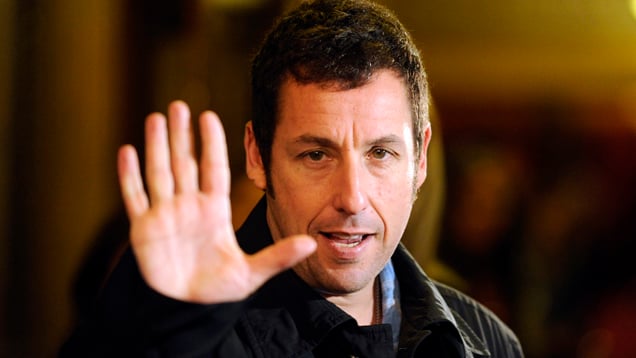 Adam Sandler just took a stand for Israel in the most brutally honest way.

The 49-year-old comedic legend made liberals choke when he said he’s “disgusted” by celebrities who refuse to visit Israel.

Although our very own “President” Barack Obama has a failed to adequately support the Jewish state, Adam Sandler wasn’t scared to stand up for Israel in a recent interview with Howard Stern.

For his part, Howard Stern has doubled down on his support for Israel even though he says it isn’t fashionable. Stern’s comment was in response to Waters calling him an “a**hole” in a Rolling Stone interview. Prior to Waters’ comment, Stern accused him of anti-Semitism. I love both Sandler and Stern’s responses and I could not agree more. It’s a pity America has elected a Marxist who basically hates Israel. Barack Obama has taken a firm stance against the Jewish state. I hope Adam Sandler does many more interviews like this promoting and standing up for Israel. I know Howard Stern will. I’ve always thought Sandler was funny, but now I also think he has a spine and character. That’s even better.