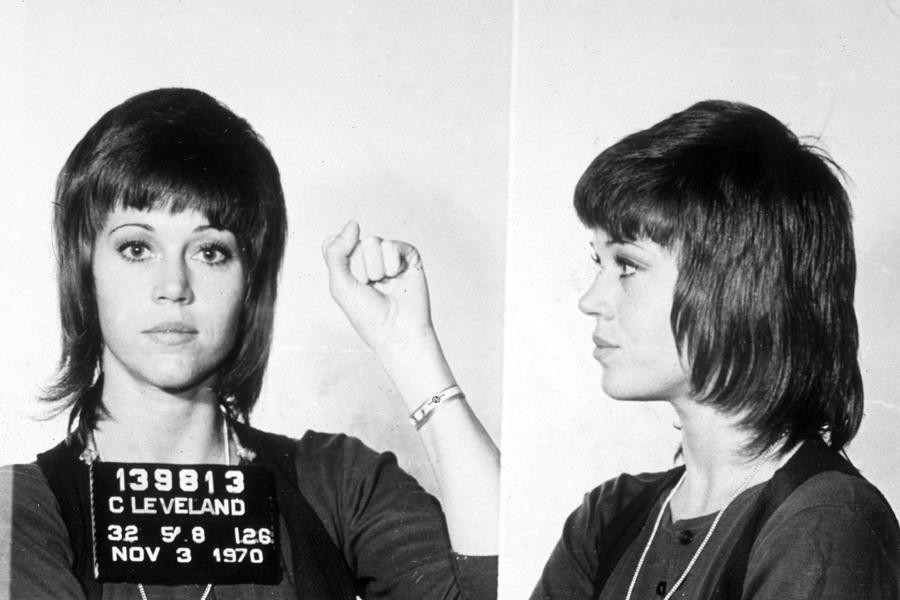 Appearing on a BBC program, communist actress Jane Dona was asked a direct question about her foray as Hanoi Jane when she visited North Vietnam to produce a propaganda video for the enemy. Stephen Sackur of Hardtalk asked if she had any “sense of regret,” and…

“I don’t regret going to Vietnam.”

She said that the United States was bombing the dikes in North Vietnam and if they had given way, two million people would have died due to drowning and famine. She thought to herself:

I’m a celebrity. Maybe if I go, and bring back evidence [the bombing would stop]… and it did stop two months after I got back, so I’m proud that I went.”

She said that the trip changed her life “for the good” and that she only regretted appearing with an anti-aircraft weapon (photos below) and said that she was not, in fact, “siding with the enemy.” She said that it was part of a ceremony and only later thought to herself that “it’s going to look like I’m against my own country’s soldiers… which is the last thing in the world that was true.”

“Hanoi Jane” is shown here in these photos from July of 1972 aiding and abetting the North Vietnamese, including appearing on one of their anti-aircraft guns. Only a few hundred yards away from this photo, American Prisoners of War were being tortured at the “Hanoi Hilton.” 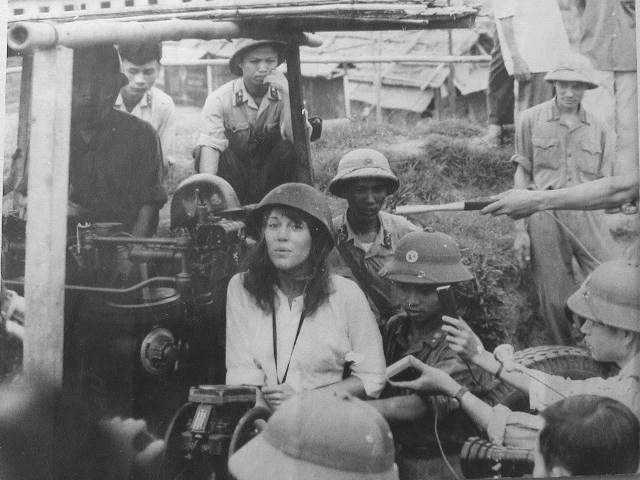 Fonda called the POWs “hypocrites and liars” and denied that they were being tortured or starved, saying that they had been brainwashed. One of the men in the “Hanoi Hilton” was Col. Roger Ingvalson, who had been shot down by the same kind of anti-aircraft gun Fonda was playing on. Col. Ingvalson had been shot down in 1967 and as a POW, suffered 20 months solitary confinement and in 1970 learned that his wife had died. 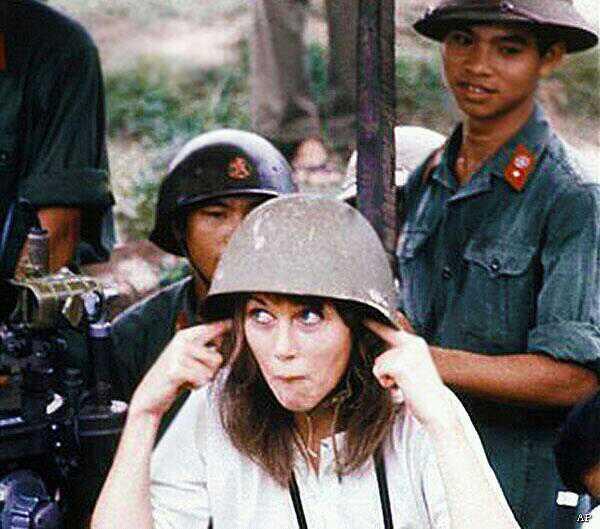 A few years ago, we wrote up Fonda for telling the veterans that were boycotting her film The Butler to “get a life.” Fonda was playing Nancy Reagan[4], so in response to this poor casting choice, veterans had started a Facebook page titled Boycott Hanoi Jane Playing Nancy Reagan where the creator of the page said that having grown up in a military family, he knew how much veterans disliked her and that it was an insult to have her play such a well-respected First Lady.

Here’s the one minute video of Jane Fonda defending her decision: