Ashley Judd Says That U.S. Ranks BEHIND IRAQ On Women’s Rights – Then Gets LEVELED! [VIDEO]

One might say that the ever so angry actress, Ashley Judd, wouldn’t be the first person to come to mind if you were searching for a reasonable example of an honest (not crazy) person[1].

A week before the inauguration of Republican President Donald Trump, Judd made it to the front of the news for her statement that she was “fighting white privilege” by going after emjois on social media. 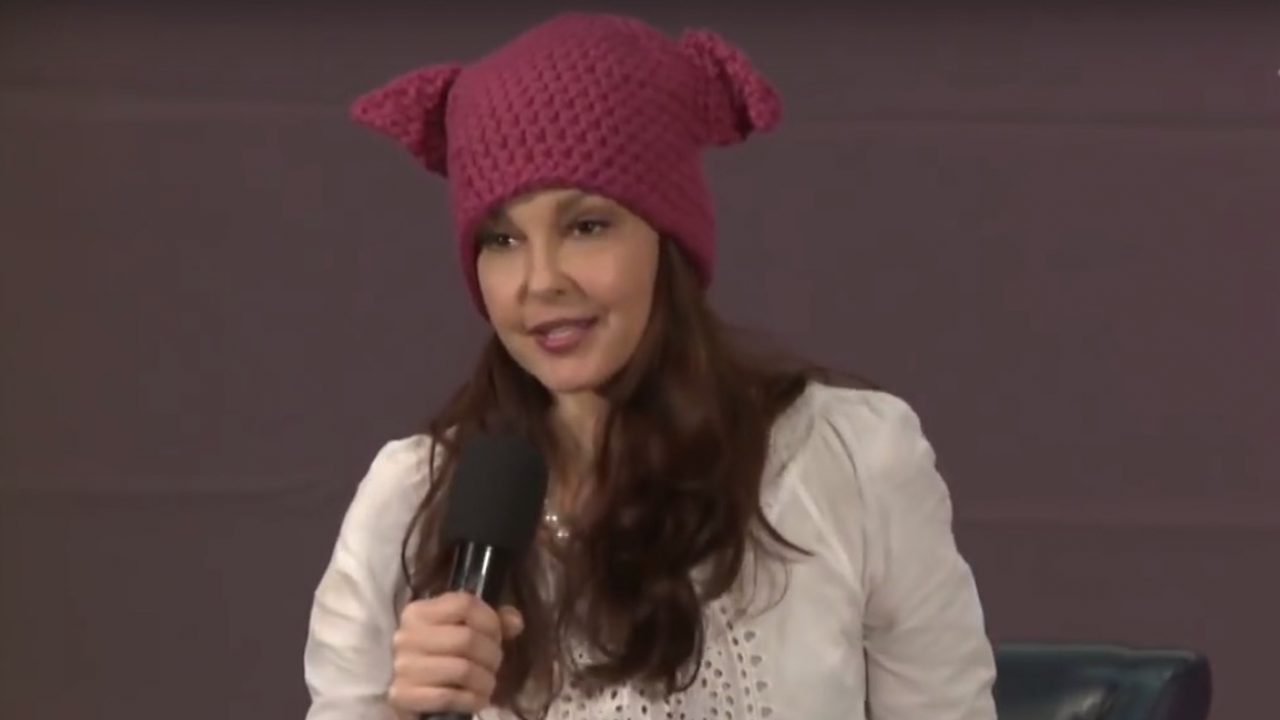 The day after Trump took office, Judd also delivered her widely mocked “I am a nasty woman” speech at the Women’s March in Washington, D.C., stating with the ferocity of a crazed person, “I didn’t know devils could be resurrected, but I feel Hitler in these streets! A mustache traded for a toupee! Nazis renamed the Cabinet! Electro-conversion therapy, the new gas chamber shaming the gay out of America, turning rainbows into suicide notes!”

Wednesday, Judd jumped on her Twitter account to blabber on about another false claim that the U.S. is ranked far below countries that have horrendous woman rights issues…and you don’t have to be a rocket scientist to call BULL on this one:

Question: are equal rights in the Constitution? https://t.co/vv4hQrm37N[5]

…And that’s when are fellow twitter trolls got to clicking on their phone pads to utterly destroy this sorry excuse for a woman’s logic: 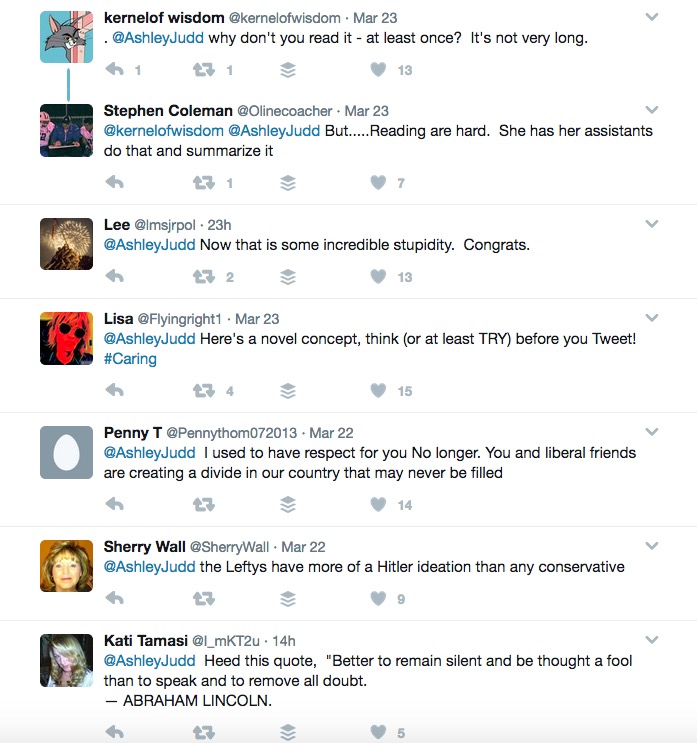 Other users noted the 14th Amendment of the Constitution provides equal protection under the law for ALL citizens of the U.S. and last time I checked, women were citizens. Judd is increasingly getting crazier and crazier as the years go by and I don’t think most of America can stomach the radicals much longer.