Hillary Clinton has been touring the country, whining to anyone who will listen about her presidential loss last November. For the most part, Hillary’s excuses have been cringeworthy — but they’re nothing compared to what Barbra Streisand had to say. 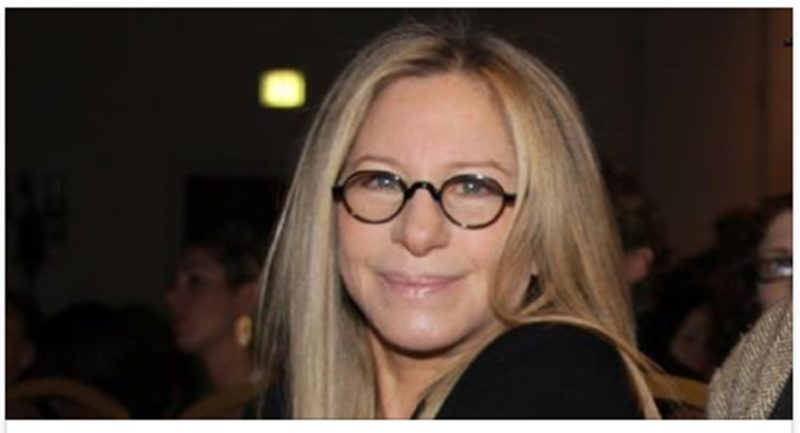 Streisand has been a diehard Hillary supporter for years and helped fundraise for her. As a lifelong Democrat, this wasn’t exactly surprising. And her reaction to Hillary Clinton’s loss wasn’t surprising, either — but the reason she thinks Hillary lost, however, is.

According to Streisand, Hillary lost because Americans just can’t stand the thought of a strong woman. She complained that, in the United States, “strong women have always been suspect.” “Women are still so underestimated,” she claimed. “It’s incredible to watch even this last election with Hillary, the kind of strong woman, the powerful woman, the educated woman, the experienced woman, being thought of as the other, or too elite, or too educated.”

“It’s very, very odd to me, and it was heartbreaking for her to lose,” she continued, adding that “power and women has always been suspect. Strong women have always been suspect … in this country.” There is nothing to indicate that voters disliked Hillary because she is a strong woman, however; to the contrary, Hillary polled as one of the most disliked candidates to ever run for president. Still, she did better with women than Donald Trump did, garnering 54% of the female vote to Trump’s 42%. However, that was with women overall; with white women specifically, Trump won with 53% of the vote and with white women without college degrees, he beat her by 27 points. 90% of black women with college degrees voted for Hillary, as well as 95% of black women without college degrees.

This shows important differences that liberals need to recognize, according to one expert. “There has long been a misconception that women voters vote by their gender identity instead of their party,” Kelly Dittmar, of Rutgers University, said. “To try to talk about women as a single voting bloc, but to neglect to look at the crosstabs, to neglect to look at the differences in race, age, education, creates this false shock.”

Kathy Dolan, a political science professor from the University of Wisconsin Milwaukee, agreed. “All of the evidence we actually have from elections in which women candidates run against men is that people vote for the candidate of their political party,” she said.

And while liberals like Streisand wanted voters to make their decision based on the offense du jour, voters weren’t buying it, according to Trump’s campaign team.

“Voters were being told constantly, ‘Stare at this, care about this, make this the deal-breaker once and for all,'” Kellyanne Conway, Trump’s campaign manager, said. “And they were told that five or six times a week about different things. And yet they went, they voted the way voters have always voted: on things that affect them, not just things that offend them.”