Stephen Colbert has propelled[1] “The Late Show” on CBS into the number one spot with his Trump hatred. But that seems to now be working against him and his incessant political attacks have now knocked him out of the top spot. “The Tonight Show” with Jimmy Fallon is now top dog. It’s no winner in my book either, but at least it isn’t Colbert, who is a no-talent unfunny leftist hack. I hope Colbert is kept from that top spot… his gutter humor should stay in the sludge where it appropriately resides.

On May 1st, after Colbert raunchily suggested that Trump’s mouth would be a good holster for Russian President Vladimir Putin’s sexual organ, his ratings began to plummet. The FCC received 5,700 complaints regarding that monologue. Good. Then two weeks ago, this dirt bag did a skit with a fake Melania Trump. In that vile piece of tripe, she suggests by her body language that having a sexual relationship with Canadian Prime Minister Justin Trudeau is something she fantasizes about. You never saw this with Barack and Michelle Obama… if you had, Colbert would not be here now.

After that travesty, Colbert’s five-month winning streak came to an abrupt end. Jimmy Fallon has made it a point not to insult President Trump or the people who support him. Smart. Politics can be funny, but it can also be your undoing. 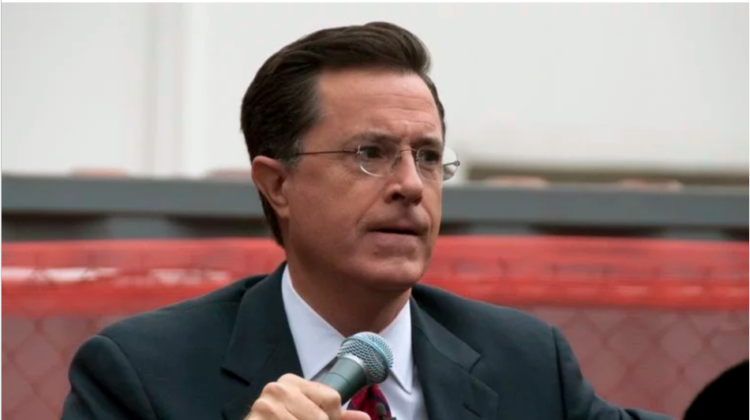 Fallon also saw a 62 percent demo margin over Colbert, which is its highest since the week of Jan. 9-13. He had a 0.68 rating in the advertiser-coveted 18-49 demographic, compared to Colbert’s 0.42.

This is the second week in a row that “The Tonight Show” can claim its biggest margin of victory versus its biggest competitor in five months.

Fallon’s lead is slim here, but it shows that Colbert’s vicious attacks are wearing thin on the American psyche. Even leftists have grown bored with it. It wasn’t funny to begin with. One reason for all of this, however, could be because CBS didn’t count Thursday and Friday’s ratings, since “The Late Show” was in reruns during those days while Colbert traveled to Russia. Where I’m sure he was more at home. Just sayin’.

Colbert has been dominant in late night since the inauguration, leading with Trump and politics-heavy openings and bits while Fallon has kept with celebrity skits and games that have made up his show for years. But Colbert can only get so dramatic, so vitriolic before his audience burns out on it and craves actual humor. Something Colbert lacks as well as talent. Here’s to hoping Fallon stays in the top slot. 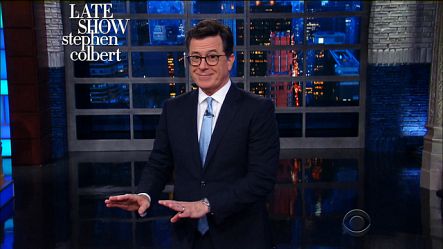