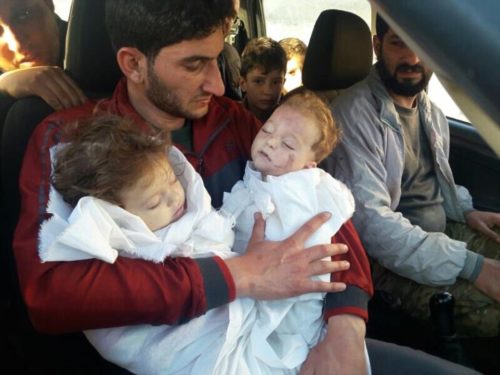 The crassness of Joy Behar[2] knows no bounds. The in-your-face host of The View dismissed the tragic deaths of Syrian children with a wave of her hands. ABC News correspondent Paula Faris let Behar have it during a discussion of the bombing of Syria, prompted by President Assad’s launching of a deadly Sarin gas attack on his own people last week, killing men, women and children. The pictures are horrifyingly tragic, as Faris described. And Behar, in her usual pompous way, tried to diminish the tragedy of the dead children. 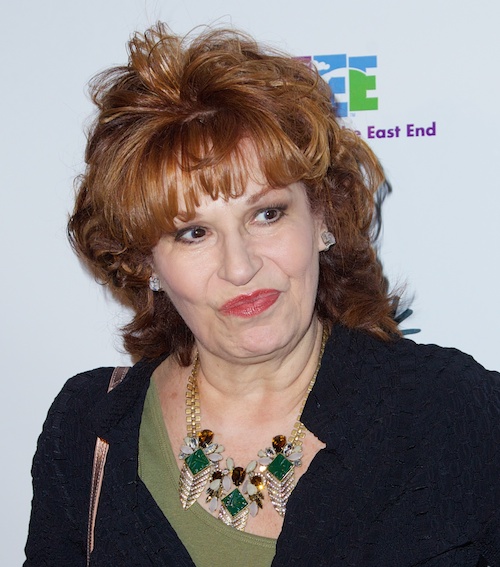 The discussion became heated while addressing the issue of whether President Trump had the authority to launch the missile attack that reduced Assad’s ability to attack his own people. And it went downhill from there.

Faris’ impassioned plea; “But if you can’t allow yourself to be affected by looking at those pictures and the videos of those children not being able to breathe and the children dying, you have to question your humanity. You have to question your humanity,” fell on deaf arrogant ears as Behar responded with, “Please, this is not personal…about questioning anybody’s humanity.”

Faris shot back, “No, you have to. How can you not question somebody’s humanity?”

“These are military operations we’re talking about here,” Behar responded by way of deflecting.

Faris called Behar’s dismissive attitude out by concluding with, “We are talking about dead children. Dead children!”

Behar’s response? “There are many atrocities that have gone on in the 20th century, please.”

Really. That’s what she said. As if the fact that there were other atrocities in the 20th century somehow makes dead Syrian children unimportant? Behar is truly unhinged, not to mention completely apathetic to children dying in the streets from nerve gas. The View is typically filled with Leftist nonsense. This day was no different. It just shows that the people who really care about children are those willing to do what it takes to stop those who want to hurt them. President Trump went to the defense of the Syrian people against their cruel and murderous President. Bravo for him. And shame on Joy Behar.