I find myself once again[1] in agreement with Bill Maher. On his HBO show “Real Time,” he pointed out that, “Berkeley used to be the cradle of free speech, and now it’s just the cradle for f**king babies.” Exactly right. Entitled, wussy, moronic, babies. Berkeley told Ann Coulter she couldn’t speak on campus because of security concerns. We all know that is bull crap. Then they told her she could speak, but with a bunch of strings attached. Coulter is vowing to speak period. That’s a woman that doesn’t scare or intimidate easily. Maher is a huge proponent of the First Amendment and just can’t believe liberals don’t get it. All speech, except threatening speech, is protected under the Constitution.

Maher is also right that liberals are trying to censor and silence conservatives. It doesn’t get any more un-American than that. He’s also right when he says it’s the liberal version of book burning. Then Maher tore into former Vermont Gov. Howard Dean, just as I did the other day. Dean claimed that hate speech is not protected under the First Amendment. First off, there is technically no legal definition of hate speech, so that isn’t true. But as Maher also pointed out, as long as it isn’t threatening, the speech you disagree with is the speech that needs the most protection under the First Amendment. Dean is an uninformed imbecile. 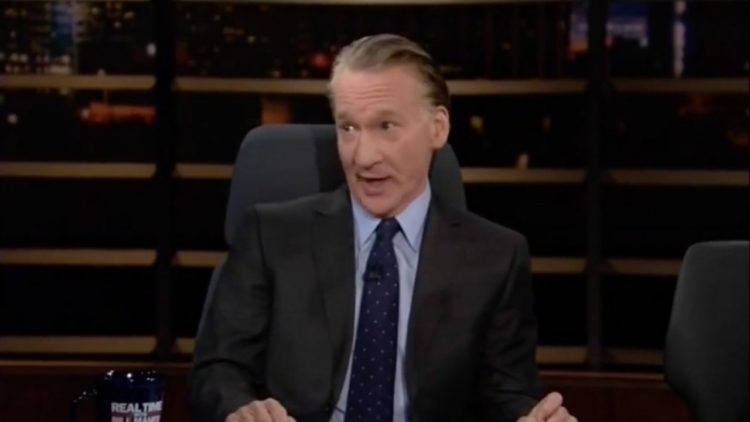 HBO “Real Time” host Bill Maher heavily criticized liberals and the University of California at Berkeley on his show Friday after the school decided this week to cancel an upcoming talk by Ann Coulter and then later re-invite her.

Coulter’s speech, which was scheduled for April 27, was cancelled over concerns that her presence on campus would trigger another series of violent protests, something the city of Berkeley has become accustomed to in recent months. The school later reissued the invitation to Coulter, this time for May 2, a time when students are busy studying for final exams or have already gone home for the summer.

“Berkeley used to be the cradle of free speech, and now it’s just the cradle for f**king babies,” Maher said on his show Friday.

Maher explained that this is not an issue isolated to Berkeley. According to Maher, colleges across the country are cancelling talks because conservative speakers don’t offer opinions and ideas that are “exactly what liberals want to hear.”

“And they want to shutter [conservative ideas],” Maher said.

“I feel like this is the liberal version of book burning — and it’s got to stop,” he added.

“Yes it is! Threats are not protected by the First Amendment. This is why the Supreme Court said Nazis could march in Skokie — they’re a hateful bunch,” Maher explained. “But that’s what the First Amendment means. It doesn’t mean ‘shut up and agree with me.’” He hits it on the head. America is the land where free debate is welcome, even if it is considered hateful. You are not enjoined or required to agree with others.

Conservative commentator S.E. Cupp (didn’t even recognize her), a panelist on Maher’s show Friday, doubled down on Maher’s criticism. “It’s a shame,” she said. “Liberals are creating a fantasy land on college campuses that does not exist in the real world.” Yes, they are. And they will find out once they leave the cozy confines of their campuses that the outside world is very unforgiving and doesn’t give a rip about their itty bitty sensitive feelings.

Let Ann speak… if you don’t want to hear her, don’t go. If radicals get violent, expel and arrest them. But let free speech reign on our campuses once again. Ann has accomplished a great deal in her lifetime and as John Hawkins says[3], that makes her a target.