Bill Maher says Trump voters are this one HORRIBLE thing

Well, I’m back to despising Bill Maher[1]. Just when you think he might be slightly human, he removes all doubt. On his vile show, “Real Time,” he went all in and called Trump voters drug addicts. He claimed that the states that have the highest number of painkiller prescriptions and those that have the highest heroin abuse overwhelmingly voted for Trump. Dude… are you really that dirt stupid or are you just batshit crazy? Maybe both. You’d think he’d realize that those states got that way because of liberal leaders and their policies. It seems to be lost on Maher… too many good drugs I’d bet.

Maher then goes on telling kiddies not to do drugs because they might become Republicans. He seems to be confused. First of all, I would bet most of the hardcore drug users out there don’t vote in the first place. If they do, they are overwhelmingly more likely to vote Democrat or Libertarian. Why? Because of the legalization and decriminalization of drugs. Republicans don’t want that and Trump is going after gangs and drug dealers. He’s also going to stop the flow of that poison over our borders. So tell me again Bill, exactly how is President Trump promoting addiction and drug use? 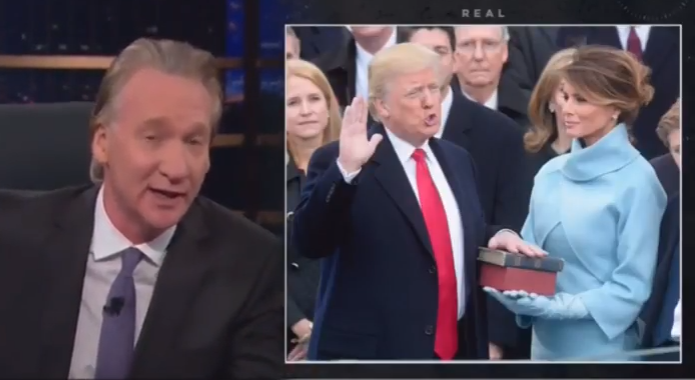 Maher said, “[L]iberals have to stop calling Trump voters rubes and simpletons, and instead reach out and feel their pain, the pain they insist we didn’t see. And there is ample evidence for that pain. Did you know that of the 14 states with the highest number of painkiller prescriptions per person, they all went for Trump? Trump won 80% of the states that have the biggest heroin problem, and the counties that he won in Ohio and Pennsylvania that went for Obama last time, are the ones that are wracked by opiate abuse. So, let’s stop calling Trump voters idiots and fools and call them what they are: f*cking drug addicts.”

He added, “I never thought I’d hear myself say this, but kids, don’t do heroin, it’s a gateway to being a Republican. And the thing that sticks in my craw about this, is that for decades, it was us liberals who were accused of destroying the fabric of society with our drug use.”

Maher went on to not clarify, “I’m not saying, Trump voters, that your pain isn’t real. I mean, it isn’t, but I’m not saying that. Because if this election has taught us anything, it’s that anything is real if enough people believe it is. And the good news is, if the problem is drugs, well, hell, there’s something I can help with. If it’s one thing I know, it’s how to manage a high. I’m doing it right now.” Maher then gave advice on safe drug usage. What a scum bag.

I’m sure this troll will have a ton of lies to spread over the next four years. I don’t watch him… I don’t know why anyone would. He’s vile, evil and not funny in the least. But he does know how to use drugs and promote and endorse perversion. It’s Maher’s calling card. Consider the source. 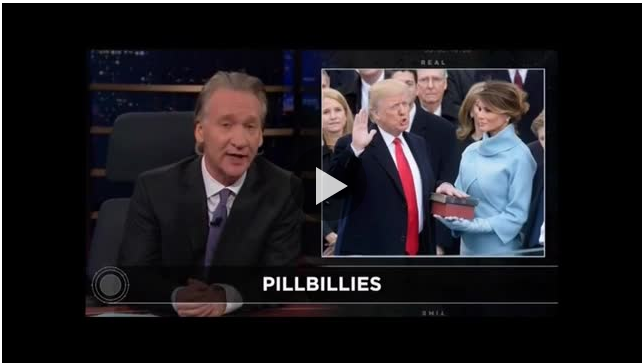