Bill O’Reilly Hit With ANOTHER Accusation

I’m really getting tired[1] of this witch hunt against Bill O’Reilly. The more I hear of the allegations on this case, the less I believe them. The left has taken to using the accusation of sexual harassment as a weapon. This time, a black office worker is claiming he called her ‘hot chocolate’. I highly doubt this happened. It would be out of character for O’Reilly to begin with. This woman first says he never talked to her… just grunted at her like a wild boar. Then out of the blue, he call’s her ‘hot chocolate’. Come on now… does anyone else sense bull crap here?

This happened nine years ago and she brings it up now. How convenient. The Cosby case sure laid the groundwork for attacks on men, didn’t it? Whether true or not in some cases, this is certainly being used to bring people down. Frankly, I don’t think Bill O’Reilly is guilty in this. Nothing I have heard about the man being a lech rings true. This certainly doesn’t. This woman claims she was afraid if she said anything, she would be fired. But she didn’t work for O’Reilly, just in the same set of cubicles for another broadcaster.

The woman worked for a different broadcaster in 2008 while this was going on, but The O’Reilly Factor host’s office was near her desk.

“He would never talk to her, not even hello, except to grunt at her like a wild boar,” Bloom tells The Hollywood Reporter. “He would leer at her. He would always do this when no one else was around and she was scared.”

Bloom says she spoke with three witnesses who knew the woman at the time and confirmed she was upset and stressed at the end of each workday.

“She was afraid if she told him to knock it off she’d get fired,” Bloom says. “Now that’s she’s aware this is all in the news, she’s decided to phone in a complaint to the Fox News hotline.”

Lisa Bloom, the sharky attorney representing the women against O’Reilly, has taken this woman’s case. And I’ll just bet it’s out of the goodness of her heart, not. Bloom first announced the call on Twitter Tuesday morning. She’s also representing radio personality Wendy Walsh, who says she was forced out of the network after refusing O’Reilly’s advances. Fox News has definitively said “no current or former Fox News employee ever took advantage of the 21st Century Fox hotline to raise a concern about Bill O’Reilly.” So Fox is saying she’s lying.

This woman and Walsh have taken advantage of the line and another woman is also expected to call and report harassment by the anchor, according to Bloom. Sounds to me as if these women are being coached and are being urged to make claims here. Earlier this month, the attorney sent a letter to the New York State Division of Human Rights asking it to intervene at Fox News and calling the network a “cesspool of sexual harassment, intimidation and retaliation.” There’s no proof of that either. This is a setup against Fox News… I really believe that. I would need to see solid proof against O’Reilly on all this and so far, there is none. That’s because there isn’t any. 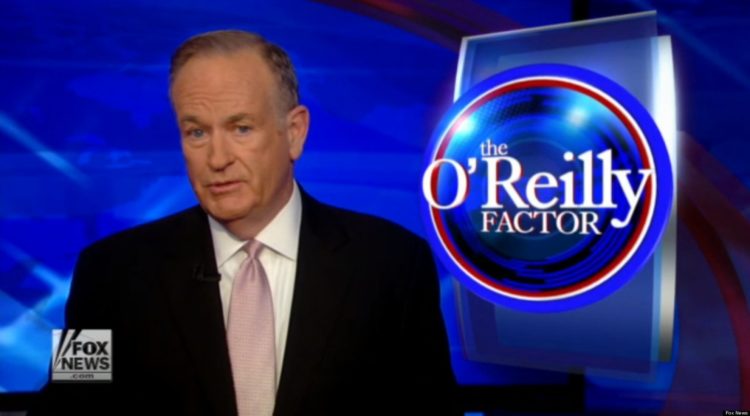