I was shocked to hear[1] this morning that Bill Paxton[2] has passed away from heart surgery complications – he was 61. I loved Paxton. He was in so many movies I adore: Titanic, Twister, True Lies, Predator 2, Apollo 13, Vertical Limit, Terminator, Tomb Stone, Navy SEALS and Aliens were only a few of his hits. He was just out of surgery when he suffered a massive stroke that ended his life. I will really, really miss Bill Paxton. Gone far too soon. Also passing away is Game of Thrones star, Neil Fingleton[3], at age 36. He died of heart failure. So Hollywood is reeling from two big losses.

It’s funny how people shape our lives. Some of my favorite sayings came from Paxton. I can’t imagine what his family is going through. They have asked everyone for privacy while they mourn. Too many good people have passed in the last two years. Paxton was gifted and unique… there was no one like him out there. Paxton has two children – his 22 year-old son was to appear with him on his new series Training Day. He was so proud. That will never happen now. Just incredibly sad. 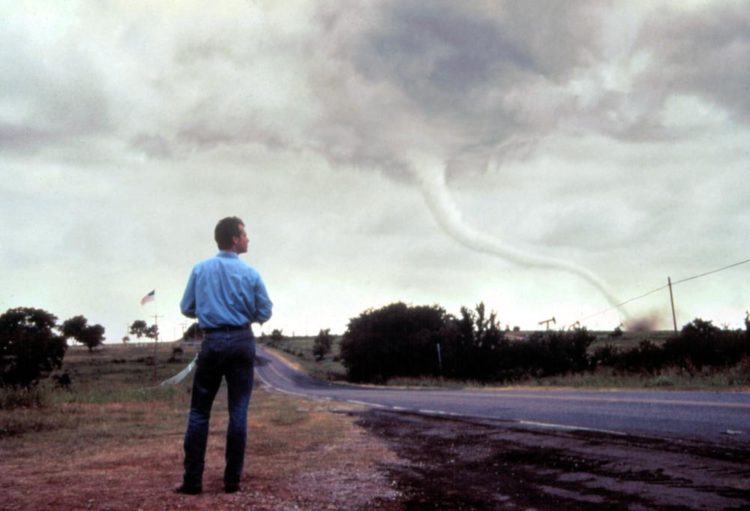 We’re told the actor died suddenly Saturday due to complications from surgery.

Paxton had a string of hits, including “Twister,” “Titanic” and “Aliens.” He won an Emmy for “Hatfields and McCoys.” He was on a CBS series, “Training Day” at the time of his death.

The 61-year-old actor had 2 children and was married to Louise Newbury for 30 years.

The family says, “It is with heavy hearts we share the news that Bill Paxton has passed away due to complications from surgery.” The family accurately describes his “illustrious career spanning four decades as a beloved and prolific actor and flimmaker.” The family adds, “Bill’s passion for the arts was felt by all who knew him, and his warmth and tireless energy were undeniable.”

From the family[5]: “It is with heavy hearts we share the news that Bill Paxton has passed away due to complications from surgery,” a representative for the family said in a statement to Rolling Stone. “A loving husband and father, Bill began his career in Hollywood working on films in the art department and went on to have an illustrious career spanning four decades as a beloved and prolific actor and filmmaker. Bill’s passion for the arts was felt by all who knew him, and his warmth and tireless energy were undeniable. We ask to please respect the family’s wish for privacy as they mourn the loss of their adored husband and father.”

Paxton came from Fort Worth, Texas. He was born in 1955 and his start in Hollywood came behind the camera as a filmmaker before appearing in small roles in films like Stripes, Commando and The Terminator in the first half of the Eighties. Per Rolling Stone, before he became a movie legend in blockbusters like Apollo 13 and Twister, Paxton managed to transform his secondary roles into memorable turns, like his obnoxious older brother in Weird Science, his gabby police officer in Predator 2 (“Let’s dance!”), the Marine Hudson in Aliens and a sinister vampire in Near Dark.

Paxton went on to became a favorite of director James Cameron, appearing in roles in Aliens, True Lies, Titanic and the documentary Ghosts in the Abyss. Paxton was also one of only two actors – Lance Henriksen being the other – to be killed by a Predator, a Terminator and a Xenomorph from the Alien series.

He was considered one of the nicest guys in Hollywood and he will be greatly missed. This will leave a hole in a lot of lives out there. I really just can’t believe he’s gone.

Rob Lowe, who played Jesse James along Paxton’s Frank James in Frank and James, had this to say about his friend: “Devastated by the sudden loss of my close friend and one of the finest actors in the business, Bill Paxton. Renaissance man, raconteur and uniquely American national treasure. His filmography speaks for itself. His friendship was a blessing. In his memory, on this Oscar Sunday, watch One False Move or A Simple Plan to see this lovely leading man, at his finest.” 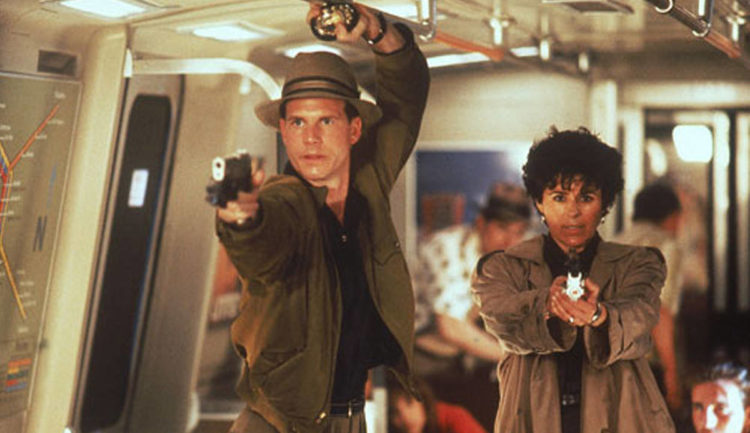