There are a lot of celebrities wailing and gnashing their teeth over Donald Trump’s upcoming inauguration. They’ve refused to perform at the ceremony, are outspoken in their animosity towards him and have continued to mourn Hillary Clinton’s loser of a campaign. But Gene Simmons, notorious frontman of rock band KISS, has a brutal message for the liberal whiners out there[1]. 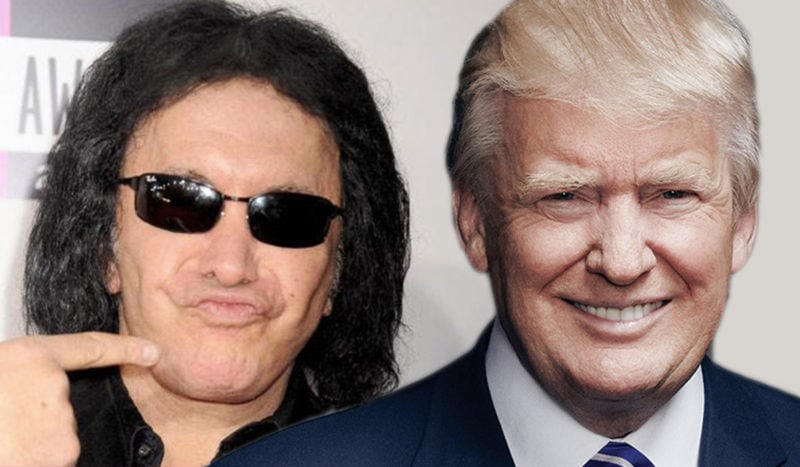 Simmons appeared on “Fox & Friends” and told people that they need to get over their hatred for Trump. “Let’s not talk politics — let’s talk the real important issue,” he said. “He’s a good father. There’s no drugs, there’s no booze, there’s no craziness going on.”

“We should all just take a deep breath and get on with our lives. We should be blessing this hallowed ground called America everyday. It’s going to be great. It’s going to be fine.” Trump is a notorious teetotaler, having allegedly never drunk alcohol or done any drugs… whereas Obama was an open drug user, including marijuana and cocaine.

In addition to telling everyone to calm down about Trump’s presidency, Simmons set a few rumors straight. It has been claimed that KISS was asked to perform at Trump’s inauguration, but declined, like so many other celebrities did. Simmons clarified that, in actuality, KISS was not asked to perform… and it doesn’t bother him, either. “Why does anybody give a squat what a guy in a band thinks about or anything like that?” he asked. “The last thing I want to do is ask President Obama what he thinks about Led Zeppelin.”

Watch the full interview below:

More celebrities really should follow Simmons’ lead here. It’s one thing to have and express political opinions, but at some point, they really need to just shut their mouths and let it go. All they’re doing is making themselves look ignorant and furthering divisions in the country. As others have said before, these people really need to learn how to just shut up and sing.