Mohammad Ali claimed he lived the life of a 100 men[1] and he died a legend at age 74. He had been hospitalized with respiratory issues and he finally lost his last battle succumbing to them in the hospital. He retired from the ring in 1981 and was diagnosed with Parkinson’s Disease three years later. He fought it for over three decades. An over-the-top performer, Ali made people laugh with his braggadocios, rhyming claims. The thing with Mohammad Ali was that he could back them up. He was one of the all-time great athletes in history and by all accounts helped many people in Phoenix and elsewhere. However, Ali was a controversial activist as well[2]:

His stand culminated with an April appearance at an Army recruiting station, where he refused to step forward when his name was called. The reaction was swift and harsh. He was stripped of his boxing title, convicted of draft evasion and sentenced to five years in prison.

Released on appeal but unable to fight or leave the country, Ali turned to the lecture circuit, speaking on college campuses, where he engaged in heated debates, pointing out the hypocrisy of denying rights to blacks even as they were ordered to fight the country’s battles abroad. 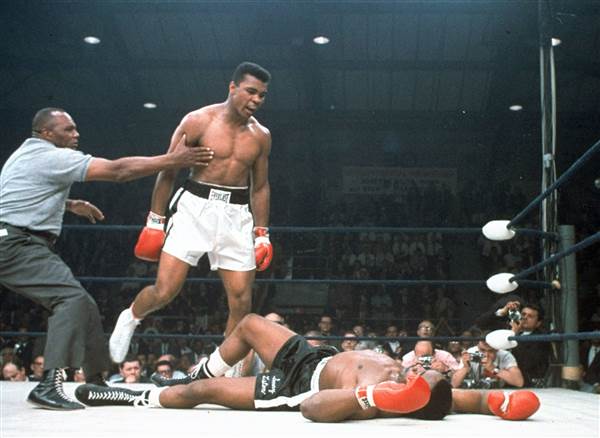 On Friday in Phoenix, boxer Muhammad Ali passed away at age 74, leaving behind a legacy as one of the foremost icons of American culture of the 20th century, and one of the most famous men who ever lived.

Though the latter portion of his life was driven by the narrative of his debilitating Parkinson’s Disease, the first portion was dominated by a skill at boxing that went almost unparalleled.

Not only was Ali a great boxer but he redefined the idea of being a showman and entertainer, which led to many hilarious moments both in and out of the ring.

“After a 32-year battle with Parkinson’s disease, Muhammad Ali has passed away at the age of 74. The three-time World Heavyweight Champion boxer died this evening,” Bob Gunnell, a family spokesman, told NBC News[4]. Mohammad Ali was a civil rights activist. He dodged the draft to stay out of the Vietnam War and was stripped of his titles for it. He did come back again to become a world champion though. Parkinson’s, which is a progressive neurological condition, slowly robbed him of both his verbal grace and his physical dexterity. A funeral service is planned in his hometown of Louisville, Kentucky. Even as his health declined, Ali did not shy from politics or controversy, releasing a statement in December criticizing Republican presidential candidate Donald Trump’s proposal to ban Muslims from entering the United States. “We as Muslims have to stand up to those who use Islam to advance their own personal agenda,” he said. Though I disagreed with Ali on multiple issues, some of them a great deal, I wish his family the best. May he rest in peace.