BREAKING: Ariana RESPONDS After 22 Lives Are Taken At Her Concert [VIDEO]

I watched in absolute horror[1] last night as the word came out about a massive bomb going off at the Ariana Grande concert in Manchester. I have friends there and I can’t imagine how they feel today. The arena where the concert took place holds up to 21,000 people. Many, if not most, of the attendees last night were children, mostly little girls and teenagers. 22 people lost their lives[2], 59 are injured and that doesn’t include the walking wounded. It is the second worst terror attack in the UK’s history.

A 23 year-old man, Salman Abedi[3], is believed to have been the suicide bomber who detonated his vest just outside the arena last night near the foyer/ticket counter and the train entrance. The vest was a nail bomb and he laced the nails with rat poison to cause maximum damage and bleeding of his victims. He was targeting children, make no mistake here. This moves the attacks to a whole new level as now they are going after children and much softer targets. ISIS has taken credit for the attack last night. 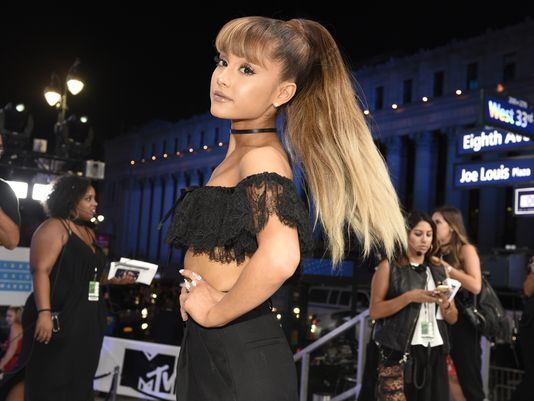 Singer Ariana Grande tweeted for the first time following the explosions that occurred at her Manchester show on Monday night.

The explosions have been treated by local authorities as acts of terror and are believed to be the result of a suicide bomber and a nail bomb.

broken.
from the bottom of my heart, i am so so sorry. i don't have words.

19 have been confirmed killed and around a hundred injured, per recent reports.

There’s been no official claim to the event by terror groups, however intelligence experts have said ISIS-affiliated social media accounts are celebrating the event.

The explosions occurred toward the end of Grande’s set, as attendees got up to leave for the evening.

Reports say the arena is capable of holding 21,000 people, however they’re unsure how many were actually in attendance Monday night.

Ariana Grande has canceled the rest of her tour over this. She is absolutely brokenhearted that people died at her concert. This isn’t her fault. It was the luck of the draw and she should not blame herself. The attack was timed for the end of the concert as people started to leave. Parents were waiting outside to pick up their children and as they started to head out, this eunuch blew himself up.

Can you imagine[7] if your child had been at that concert? No one thinks that letting your child go to hear music could get them killed. It’s unreal. Police now know who the guy was that killed these kids and others. They may also have an accomplice in custody. At least one arrest has been made: Around noon local time Tuesday, the Greater Manchester Police said, “With regards to last night’s incident at the Manchester arena, we can confirm we have arrested a 23 year-old man in South Manchester.” My prayers are with everyone hurt and affected by this heinous act.