Man, I would not want to be[1] the target of Dog the Bounty Hunter’s ire. Chris Christie fancies himself a tough guy… meet Dog, dude. Duane Chapman, aka Dog the Bounty Hunter, is suing Chris Christie. He just filed a wrongful death lawsuit against the New Jersey governor as part of his fight against New Jersey’s bail reform measures. They went into effect in January. Under these new rules, a suspect is no longer required to post bail. Instead a judge just decides if they can go free, using some kind of lame, subjective risk assessment that supposedly weighs the person’s criminal history with the charges they face.

Yesterday, Duane filed the suit in US District Court on behalf of Christian Rodgers’ family. Chapman alleges that the 28 year-old was shot to death by Jules Black after a judge set him free using this new insane system. He says that Christie violated the constitutional rights of Rodgers and “all African-Americans” in New Jersey by instituting these criminal-friendly bail reforms. I couldn’t agree more. Christie is culpable here as he approved and promoted this crap. As a former prosecutor, he should freaking know better. 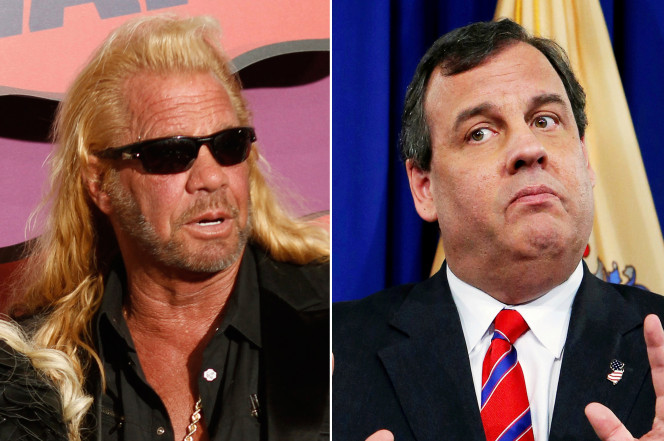 Gov. Chris Christie is about to go head-to-head with “Dog the Bounty Hunter” in court over the killing of a south Jersey resident — who was allegedly murdered by a man that was out on bond thanks to the state’s new bail system.

Duane Chapman, who became famous for chasing fugitives on reality TV, has filed a wrongful death lawsuit against the Christie administration as part of his ongoing push against New Jersey’s bail reform measures, which took effect in January.

Under the new rules, a suspect’s release from jail is no longer based on cash bail and is instead decided by a judge — using a risk assessment that weighs the person’s criminal history with the charges they face.

In his suit, which was filed Monday in US District Court on behalf of the family of Christian Rodgers, Chapman claims that the 28-year-old was allegedly shot to death by Jules Black, 30, after he was set free by a judge who was using the new system.

The “Dog the Bounty Hunter” star ultimately alleges that Christie violated the constitutional rights of Rodgers and “all African-Americans” in New Jersey by championing the bail reforms.

“I wanted to help support the Rodgers family and to send a message to Gov. Chris Christie that law enforcement professionals like myself from across the country think he should be ashamed of himself for ignoring our advice and passing the dangerous, fake reform that I believe led to the tragic murder of Christian Rodgers,” Chapman said in a statement[3] that was just released. “Christie should be ashamed of himself.The Governor needs to know that the eyes of every American who loves their family and wants to preserve law and order are on him right now.”

There is a reason we have bounty hunters and bailsmen. They go after bad guys and bail ensures that those who should stay behind bars until trial, stay there and aren’t allowed to commit other crimes or skip out on law enforcement. The left is claiming that bail is discriminatory against poor criminals with no prior history. No, it isn’t. Bail is set at an initial hearing in front of a judge, where he or she determines, based on the alleged crime committed, how dangerous the person is and how big a flight risk they are. The left would like everyone freed and for prisons to be emptied of those that cause harm to others and that are dangerously violent.

Christie has refused to meet with Chapman to discuss the bail reform measures, even going so far as to make fun of the former television star after he came to Trenton to speak with him last month. “Who would meet with him? Come on. Stop, ” Christie told reporters. “I got to tell you the truth. I’d meet with you before I’d meet with the bounty hunter to discuss this issue.” And that is why he’s hated and why Christie needs to go. He’s an asshat and a coward. 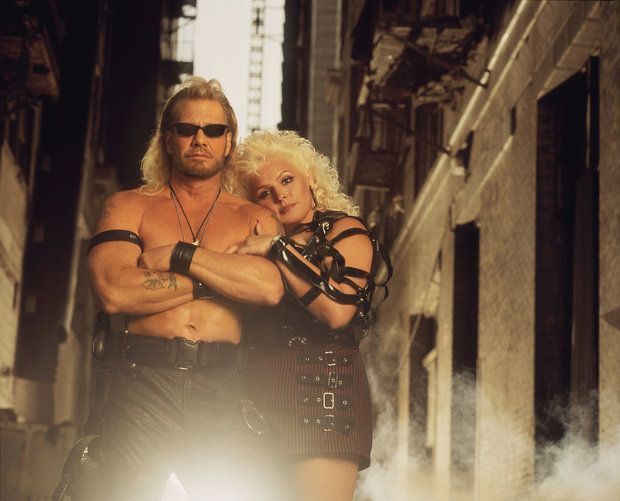