Dennis Hof has a nasty message for Khloe Kardashian[1], and that lucky man took the words right out of my mouth! 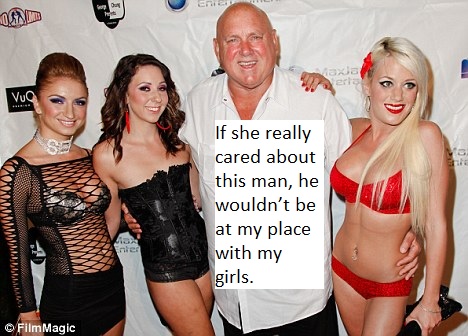 “They asked me not to talk to the media,” the chatty 69-year-old bordello owner told the Daily News. “I told her to pass on a message: Go to hell.”

“If she really cared about this man, he wouldn’t be at my place with my girls,” Hof said.

Dennis Hof must be as sick of the Kardashian’s as I am. I think the Kardashian father is rolling in his grave in embarrassment at what his daughters Kim and Khloe have done with their lives. They’re millions, but they’re disgusting people. Every male life touched by a Kardashian girl swirls down a musty toilet.

I almost envy Dennis Hof and his ranch because he was able to send a message to Khloe that I would’ve loved to send years ago. I don’t know why our American people care enough to support this wretched family or watch their terrible shows, or showcase their trans creepy father.

They’re quite frankly a disgusting family with too much money and too little talent. What happened to this planet that a group of women, Bruce Jenner included, with zero talent can earn this much money? C’mon America, stop supporting this group of enablers.

Lamar Odom isn’t dead yet, but I don’t know how much longer he can keep up with the Kardashian’s.

James Harden is next.