BURN! Trump Mocks WHCD… Hollywood Actors and Washington Media Are Consoling Each Other 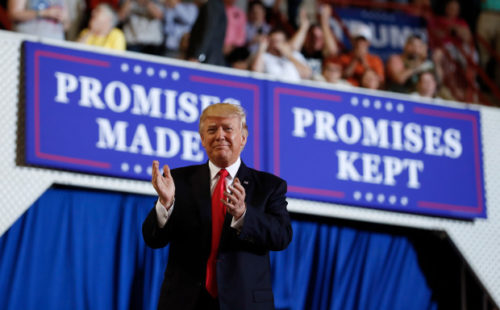 Every year the White House Correspondents’ Association holds a glamorous[2] dinner. It’s a star studded event featuring media celebrities as well as Hollywood celebrities. It’s really just one big Liberal love fest, as they speechify, schmooze and generally pat each other on the back for their accomplishments. Liberals love to hold these kinds of events. Think Golden Globes, The Academy Awards, The Grammys, the BET Awards, etc. Not only do Liberals love to hold these events, they love to weaponize them for use against Conservatives and Republicans. Pompous speeches, snarky remarks, tasteless jokes; no tool is left in the toolbox when it comes to attacking those on the political right at one of these gratuitous glittering gabfests.

These folks in the media and in Hollywood simply cannot accept that Trump is #theirPresident. So they rant and rave and cry and whine. Which is exactly why Trump avoided this year’s WHCD like the plague. He sent his R.S.V.P. Via Twitter and said this:

I will not be attending the White House Correspondents' Association Dinner this year. Please wish everyone well and have a great evening!

Instead of attending a Washington swamp soirée, Trump opted instead to spend time with the folks he represents, the folks who sent him to drain the swamp, the folks who see that he is keeping his promises. At his 100 day rally in Pennsylvania, Trump said, “As you know there is another big gathering tonight. A large group of Hollywood actors and Washington media are consoling each other in a hotel ballroom in our nation’s capital right now. I could not possibly be more thrilled to be more than one hundred miles away from the Washington swamp.”

Hear, hear, Mr. President! You are a man of your word and a man of the people. The last President who missed this dinner was Ronald Reagan in 1981, due to having been shot and wounded. Trump simply said no. 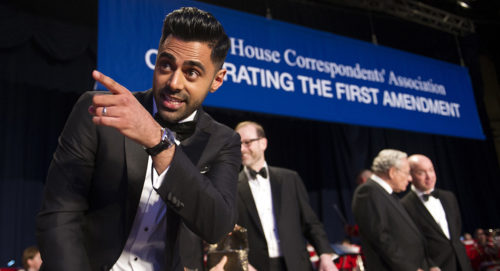 Meanwhile, somewhere in Washington that night, whiny media and celebrity Leftists tried to pretend they hadn’t been snubbed, that what they said still mattered, and that their snarky remarks had some effect on Trump and his supporters. More than anything else, Trump’s decision to spend his 100th day with those who voted for him, displays the kind of man he is. Just as the pomposity emanating from the WHCD shows exactly what kinds of people populate most of the media. Given a choice between the two, we’ll stick with Trump.

Oh, and in a delicious twist of irony, the banner behind the speakers at the WHCD read “Celebrating the First Amendment.” As if.

In John Hawkins’ new book, ‘101 Things All Young Adults Should Know’, he teaches in chapter 81, “If you buy a gun, learn to use it.” Those participating in these firing squads know how to use it.