Carlson Slams Jennifer Lawrence’s Hurricane Comment: ‘Being a Celebrity Is Bad for Your Soul’ [VIDEO]

Hollywood cannot get any dumber than Jennifer Lawrence and I actually like the idiot! The actress opened her mouth without opening up her brain and ended up sounding like a complete whack job…not a big leap for the elites in Hollywood. 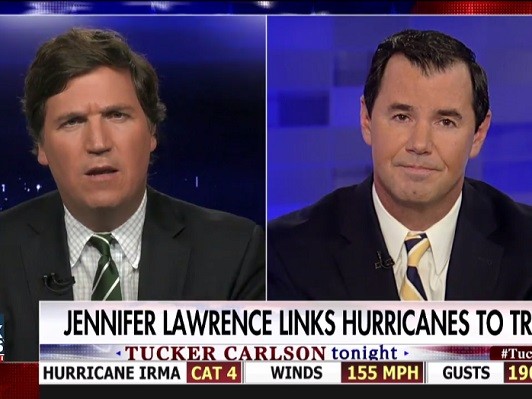 It was just this last Friday on “Tucker Carlson Tonight,” that Fox News’ host and all around dweeb, Tucker Carlson, had to assert that Jennifer Lawrence must have had a stroke or something when he suggested her soul can only be in a ‘poor state’. So, what caused this accusation from Carlson? It might have been that Lawrence’s perceived suggestion that Hurricanes Irma and Harvey were proof that the earth, or Mother Nature, was lashing out at the world for the election of President Donald Trump.

Seriously. STOP giving these lunatics anymore of your time!

According to Carlson, all the young actress was doing was “using the storm — and the impending human suffering — to make a really stupid political statement.” This came after The Hill’s media reporter Joe Concha took Lawrence to the cleaners when claiming that a privileged person such as herself had no business suggesting that ‘bad karma’ was the culprit for the devastation left behind by these monster storms. These phony ‘elites’ will politicize anything they can to try and upstage their view of the world and how they think it works. There is something about moving to Hollywood that just makes you an idiot and out of touch. 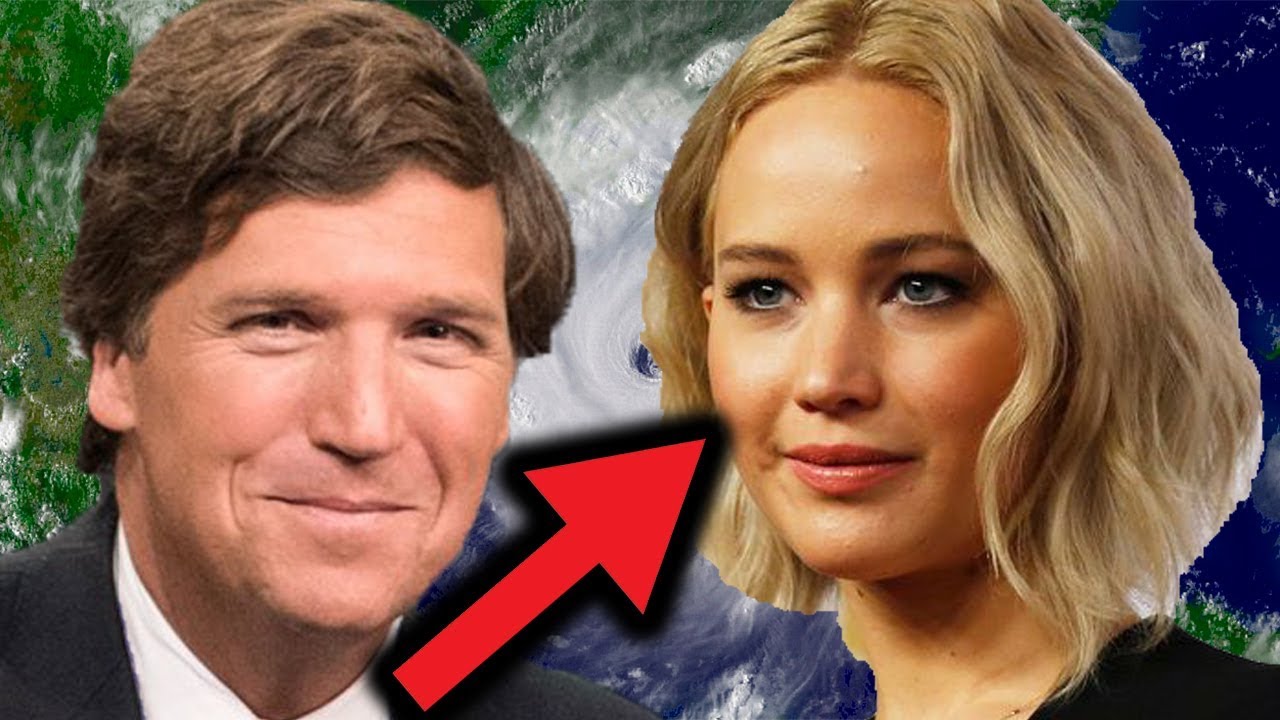 It was after the explanation that Carlson suggested being a celebrity is “bad for your soul.” In fact, it was just this last week that Lawrence found herself spewing nonsense in a U.K. interview: “You know, you’re watching these hurricanes now, and it’s really hard, especially while promoting this movie, not to, not to feel Mother Nature’s rage, or wrath.”

Was this covered by any other media outlet? Of course not. The left and their dogs in the media are not in the business of telling the truth. Ignorance is the name of the game when it comes to their ‘side’ of the argument.

Concha then finished Lawrence off with a diagnoses he conveniently coined, “Trump Derangement Syndrome”:

“Let me give you my prognosis on Jennifer Lawrence. She’s obviously suffering from Trump Derangement Syndrome, or in this case it’s an acute strain — A.D.T.S. — and this is a situation where apparently, side effects are, include blaming a sitting president for hurricanes hitting the U.S. mainland during Hurricane season.”