Shocked that she’s able to juggle[1] motherhood and a skyrocketing career at the same time that is. Carrie Underwood is a mom and wife first and a star second. Carrie was a knockout in a sequined gown at Sunday’s American Music Awards. She was gracious as ever and just proud as punch about her 8 month-old son, Isaiah. She says hands down he’s the best thing to ever happen to her. Becoming a mom has changed Carrie’s outlook on life. No matter what happens, she has her little one waiting for her and somehow that makes everything alright… just as it should. 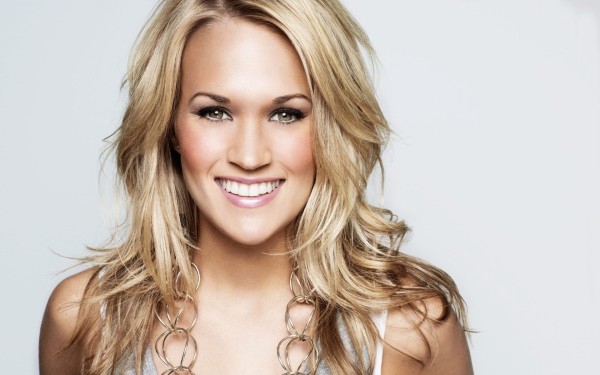 The “Heartbeat” singer dished to ET’s Kevin Frazier on Sunday’s American Music Awards red carpet that her 8-month-old son, Isaiah, is the greatest thing that has ever happened to her.

“I tell him that almost daily,” the blonde beauty gushed. “He’s the best thing that me or my husband ever did — he’s amazing.”

The 32-year-old country singer added that becoming a mother had changed the way she looks at everything — including award shows.

“At the end of the day, no matter what I’m a mom,” she said. “No matter how things go tonight — if I win, if I lose, if I do great in my performance, if I don’t — I still get to go home to him. It just makes everything, I don’t want to say less important because this is such an incredible night and I’m excited to be a part of it, but the mom card just trumps everything.”

The “Heartbeat” singer, who looked sensational in a sequined cape dress by Elie Tahari, explained that she’s had to adjust her glam schedule since becoming a mom.

“We have to allow more time for getting ready that’s for sure because he is there and you stop and you acknowledge him and love on him and if he wants you to pick him up, you pick him up,” she said of her baby boy. “So, sometimes it makes getting ready take a little bit longer, but we got ready here so he’s been back at the hotel I’ve been like, ‘Send me pictures!’ Telling people to let me see what he’s doing.”

Underwood also opened up about her country BFF Miranda Lambert and her highly-publicized split[3] from Blake Shelton.

“Well, I only saw both at the CMAs last, but you know they’re both amazing people,” Underwood said. “And I think, above all, us country folk, our community, we’re family and we just want everybody to be happy.”

Underwood also spoke concerning the breakup between Miranda Lambert and Blake Shelton. They are part of the country family and people just want both of them to be happy. That’s all you can ask really. Right now, all her focus is on her new hit record and the tour. More than anything, her life revolves around family these days. If she could, I’m sure she’d spend every waking minute with her little boy. It looks like being a wife and mother really agrees with Carrie Underwood. She seems very relaxed and composed. Her career just keeps getting hotter as well. At the end of her day though, she goes home to a loving husband and an adorable baby boy. That’s worth more than all the fame and riches in the world. 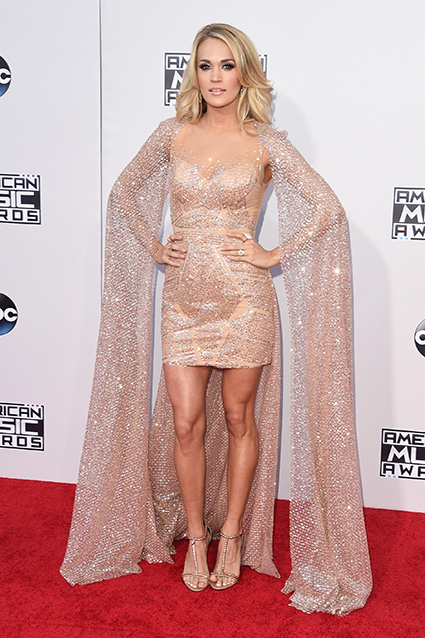