Did You Catch the ‘Satanic’ Religious Theme That Popped Up During the Grammys Horns and All?

Honestly… does anyone watch the Grammys anymore[1]? I wrote on Katy Perry’s witchy performance last year where she had demons cavorting around and she was showing off the dark horse of the apocalypse. Every year there seems to be some dark theme. This year, Madonna was writhing on stage with bull men and crosses, trying to recapture her scandalous youth, but mostly just showing her age. The horns given out to everyone were from AC/DC, who opened up with a performance of Highway to Hell. They were a marketing ploy and they did get attention, didn’t they? That was just clever advertising, but I’m sure if a number of the attendees could get away with it, there would be a black mass on stage with the sacrifice of a virgin, if they could find one. That’s Hollywood. 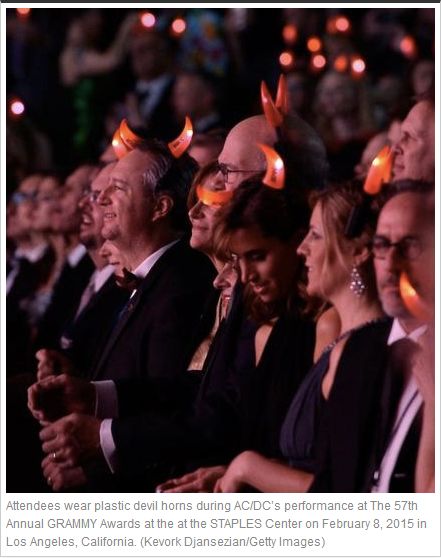 If you were watching the Grammy Awards closely last night, you might have noticed a common theme pop up a few times during the show: the presence of horns.

Perhaps the most noteworthy star to don light-up, red devil horns was pop singer Katy Perry, though she was hardly the only performer or audience member to wear them.

While some viewers expressed confusion as to why the devil horns were making an appearance, Business Insider reported that they were handed out to accompany AC/DC’s opening performance[2] of “Highway to Hell,” noting that the band’s name was actually printed on them.

The horns weren’t present throughout the entire night, though, as a message reportedly popped up on the Grammy teleprompter asking audience members — Perry included — to put them away for the remainder of the show.

“Ladies and gentlemen: the devil horns are yours to keep, but please put them away for the rest of the show. Thank you,” the message read, according to tweets sent by[3] Matthew Belloni, executive editor at Hollywood Reporter, and an Instagram photo[4] from People Magazine.

But that wasn’t the only purported reference to the devil, as MTV quipped that “Madonna got kind of satanic with a bunch of masked, horned bull-men” during her performance for the song “Living For Love.”

While its unclear exactly what Madonna was aiming for on the religious symbolism front, the performance did feature images of crosses.

It seems as things get more and more dire in America, evil raises its hoary head more and more. Today, the news was replete with stories of teenagers beating the elderly to death and every other kind of monstrosity you could think of. If that’s not enough to shake your soul, just take a long, hard look at foreign affairs. When you are done, you’ll be on your knees and wondering if we are in the end of days. The Grammys are just partying like we are and wishing for more evil, carefree times. 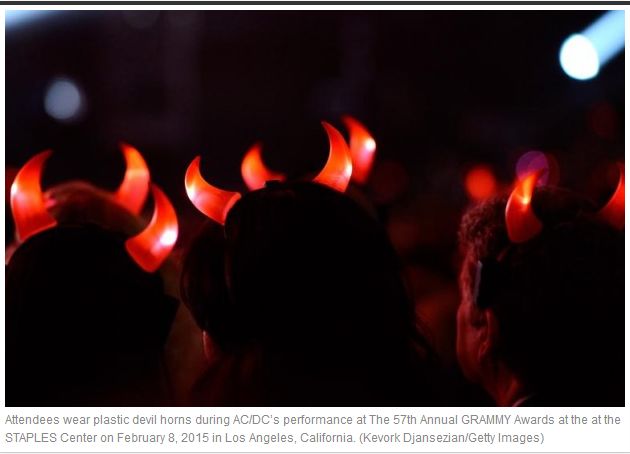 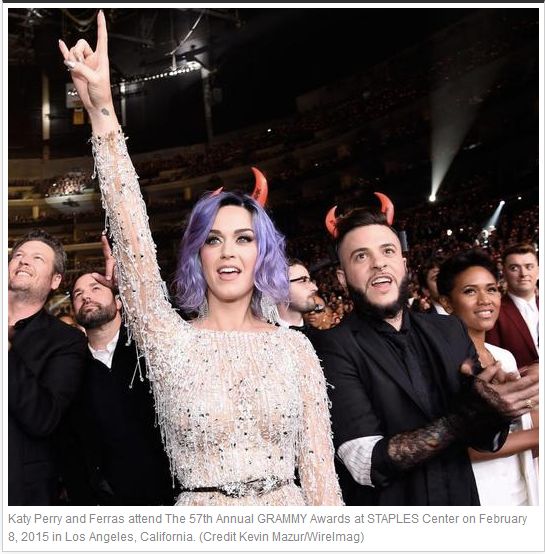