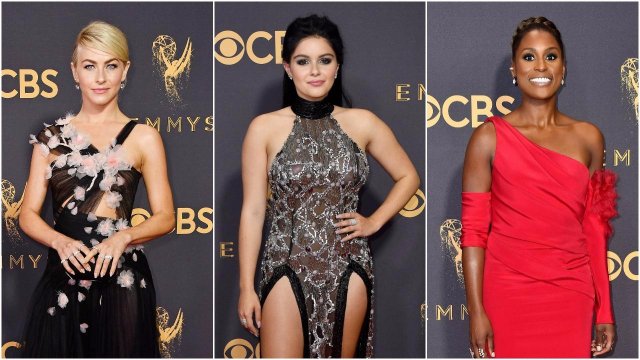 Welcome to 2017, where the most beautiful women in the world are all shaped like bricks.

Which one is the Emmys? Television, right?

Last night, a bunch of rich left-wing celebrities got together to give awards to each other and convince their “stars” that it’s worth giving up their lives, souls and privacy for another year because when you say the right things, you get shiny statues and praise! The rest of us are left wondering: Who are you people, again? 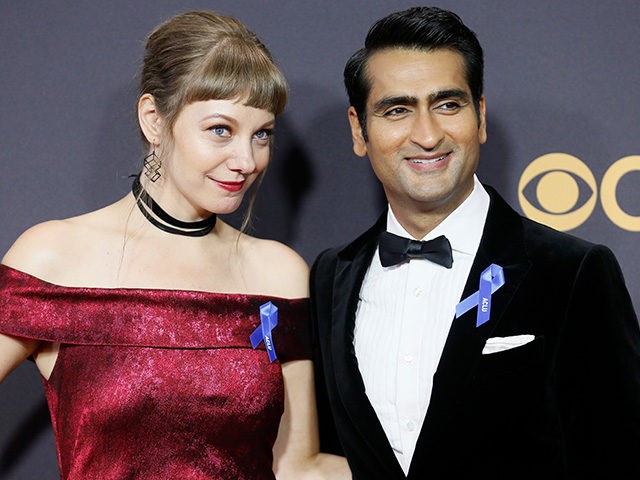 I have no idea who these people are

So last night, if you’re like me and were only interested in whether the dresses were pretty, you may have noticed that lots of these self righteous entertainers were wearing little blue ribbons. Printed on them were the letters “ACLU” for the American Civil Liberties Union, which is a hotbed for whiny complainers that really hate that Trump guy. So far, the ACLU has filed numerous legal challenges against Trump’s policies, namely his policies dealing with immigration and transgender people in the military.

“Why isn’t Trump going ahead with all of his promises right now?” is a valid question and the answer is in the airheaded idiots who choose to parade around with their important friends, all blindly following in their support of the ACLU. All I can say is God bless the entertainers who know that their place isn’t to tell us how to live, but to provide us some laughs or drama on screen while we unwind at the end of the day.

The Emmy Awards “recognizes excellence in the television industry” and gives out shiny statues for their friends in the Daytime, Primetime and International categories.

Actors are sold to us as extremely creative, but I don’t buy it. How creative and artsy can you be, when your goal in life is to emulate the people you see on television? TV and movies are pumped into your house and brain from day one and we’re expected to think that “uhh, I guess I want to be like those people in the movies when I grow up” is supposed to be more deserving of recognition than people who take less glamorous jobs. At least directors need to have a vision of the future. The actors are just there to embody what the director wants. And these puppets want to lord their brilliant political understanding over us!

For some insane reason during the monologue below, former Press Secretary Sean Spicer showed up in a poorly advised attempt to try to appeal to a demographic that thinks he supports a racist, sexist Nazi.

[email protected][3] borrows @melissamccarthy[4]'s podium for a surprise appearance at the #Emmys[5] pic.twitter.com/xGOezHygVa[6]

At least the insane tweets were good for a laugh. Yes, the Democrats are still furious that Trump won.

My $.02: let's not even call him Spicey b/c that is itself a form of normalization. No cutesy nicknames. He is Sean Spicer, propagandist.

SO.NOT.FUNNY. His outrageous behavior should never be normalized. He owes this nation a huge apology!

Other than the ribbons marking off the actors who want to be accepted by their liberal crowd for going along with peer pressure, we had Stephen Colbert, a man who last week decided it was the height of comedy to start throwing up Nazi salutes[12] to prove his point that Trump is like totally Hitler, guys.

His opening monologue is barely coherent, grasping at straws, trying to troll Trump (a man who can make people angry just by tweeting a funny video about Hillary getting beaned with a golf ball) into a response.

And we all know the Emmys mean a lot to Donald Trump,” said Colbert, “because he was nominated multiple times for The Apprentice, but he never won. Why didn’t you give him an Emmy? I tell you this, if he had won an Emmy, I bet he wouldn’t have run for president. So in a way, this is all your fault. I thought you people loved morally compromised antiheroes.

Is this comedy? I don’t remember Johnny Carson on late night, but old YouTube videos let me know that comedy once existed. This right here is a hollow, hollow shell. It’s not the full video, which has been removed from YouTube on copyright grounds, but I wouldn’t want to subject you, dear reader, to eleven full minutes of trash.