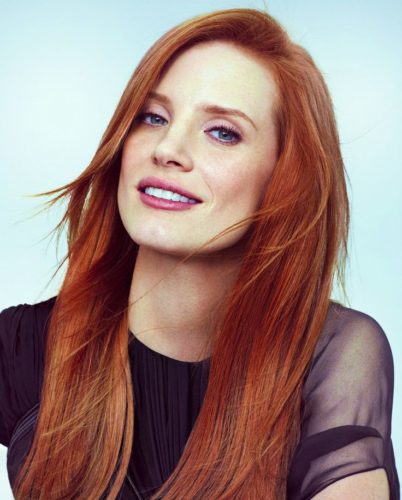 Actress Jessica Chastain, most recently of the film The Zookeeper’s Wife, is stunningly beautiful, but apparently just as stunningly clueless when it comes to Antifa and who they truly are. The actress had read a recent TIME article about Antifa. Surprisingly, TIME had written an accurate article describing Antifa as the Leftist violent thugs that they are, as opposed to their usual siding with Leftist causes of all sorts. Upon reading the article, Chastain was affected and tweeted about it. And in her tweet she was truthful. She said, “If we resort to violence as a way to combat hate, we become what we are fighting.” See tweet below.

Interesting article. If we resort to violence as a way to combat hate, we become what we are fighting. https://t.co/TsJRoWRKBZ[2]

After that tweet, she was mercilessly attacked on Twitter by the same alt-left types condemned in the TIME article. The responses were the usual racist, Liberal, illogical horse hockey we always hear from the Left. And they apparently made her feel so guilty about being absolutely right, that she retracted her statement and got back in line like a good Liberal lemming. Putting on her best sad face, she tearfully apologized and rambled on about the “pain” and “oppression” these folks must feel. Here’s what she said:

“I’m making a video because my heart is very heavy. I’ve learned so much the past few days about the trauma many people are experiencing in our country. I’ve had the opportunity to listen, more than to speak, and it’s really hard for me to express my feelings, my thoughts, in 140 characters. I wanted you guys to know that I hear you. I want you to know that I’m committed to creating transformative social change, that I’m committed to dismantling systems of oppression. I share in the sense of what is happening in the country. I hear you. You may never have met me, but I love you.”

The only problem with all of this, in addition to the glaringly obvious lack of spine on the part of Jessica Chastain and the verbal bullying dished out by radical Leftists, is the fact that the most oppression these Antifa thugs are facing is being told by mom to stop playing Xbox in the basement after midnight. These useless street bullies with hidden faces and no backbones, are actually middle and upper class Caucasians with apparently nothing better to do than go wreck stuff, burn stuff, hurt people and cause mayhem. It’s almost like they are living out that video game fantasy on the streets of our towns. Someone needs to round them up and put them in therapy. They are obviously in need of help. If they ever get to the Emerald City and see the Wizard of Oz, they can hopefully ask for and get a brain. And Jessica Chastain, when you’re there, see if he has any guts left to give you. You are sorely in need.