This Celebrity Is Angered And Rips Trump: ‘Hollywood Liberal Elites Are Not the Enemy’

Comedian actor, Ricky Gervais’ feelings are hurt. He is upset that Trump is in his words…making Hollywood liberal elites look like they are the enemy. 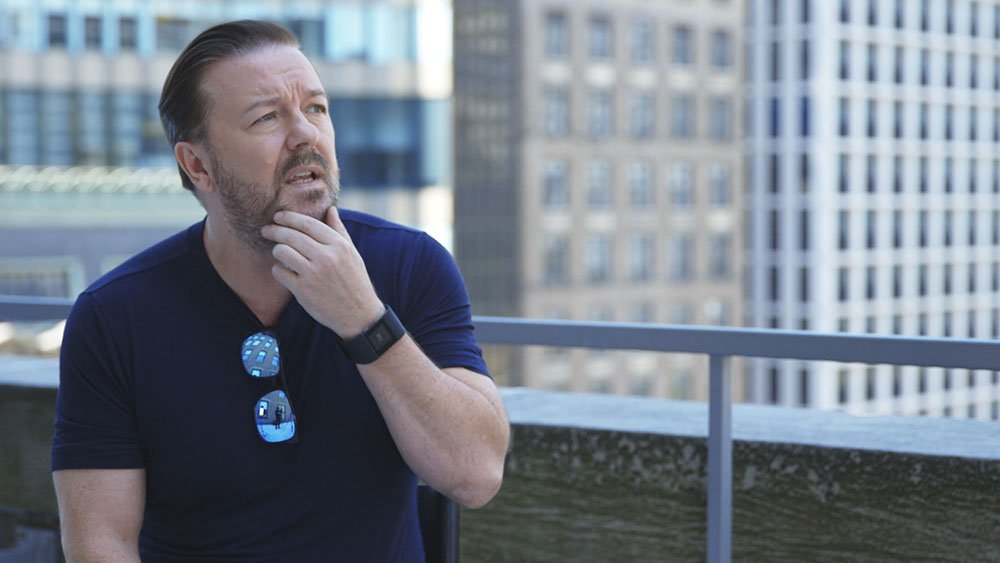 First off… you’re not even American, what leg do you have to stand on to be addressing our President with your complaints? He ought to worry about England’s mess and move back to Canada.

Second…why is he giving Trump credit for recognizing Hollywood liberal elites as the enemy? Don’t give Trump credit for that, we knew that long before Trump ever came along. Come on man…get a grip on yourself.

Hollywood liberal elites ARE THE ENEMY. We know it, they know it and my 9 year-old son knows it. It’s no shocker here. Their stupidity is going to be the destroying plague that does us all in.

Gervais is also claiming that the liberal celebrities who want politicians to up the tax rate “are the ones willing to pay more.”

Well, duh…they are as we defined them liberal celebrities with money to burn. So of course a higher tax is not going to worry them in the least bit.

“What really annoys me is that Trump has convinced his gang that the real enemy is the Hollywood liberal elite,” Gervais said. “What’s so strange — apart from the fact he has houses literally made of gold [laughs] — is that most of these Hollywood liberal elite are the ones willing to pay more tax! They’re literally voting themselves to pay more tax.”

Gervais predicted that Trump would win the White House six months before Americans headed to the polls, writing in The Hollywood Reporter that the Republican candidate’s anti-politically message “hit a vein” with everyday Americans.

“That was ridiculous. Yes, what she did was bad art, but it was still just art. There were people treating it like it was a real head. I’m screaming, ‘It wasn’t a fucking president’s head!‘” Gervais told Vulture.

“It was a visual statement. Her crime was that it was a little bit crass and thoughtless, but who cares? That’s up to her,” the he added.

Backlash over Griffin’s photo included a boycott of Griffin’s cross-country comedy tour, the loss of her gig co-hosting CNN’s live New Year’s Eve broadcast when the cable network fired her, and according to TMZ, a Secret Service investigation.

President Trump tweeted that Griffin’s photo had been difficult for his children, including his 11 year-old son, Barron.

But Gervias said the people outraged by what Griffin did are hypocrites.

“These are the same people that are screaming about freedom of speech, but then they shift the goalpost,” Gervais said. “They actually think that was a terror act.”