Joy Behar is simply a raving moonbat[1] with serious delusions. She came out this week and claimed yet again that President Trump did not win the election against Hillary Clinton. Sigh. That snark was in reply to Jedediah Bila emphatically stating that Trump’s supporters do not believe in this whole climate change hoax. I suppose that set this hose beast off… she has a deep hatred for Trump. What do you expect from a communist like Behar? This is a woman who has the hots for Bernie Sanders… literally. She finds socialists sexy. Cringe.

Behar started bloviating on how Trump only won the Electoral College and not the popular vote. In her twisted mind, that means Hillary Clinton won. Not. She has no concept of how our elections were intended to work and no respect for the system at all. She’s pitching a fit because her Marxist candidate lost yet again. She’s never going to get over that. No sympathy for Behar here. Stew in it lady (and I use that term very loosely). 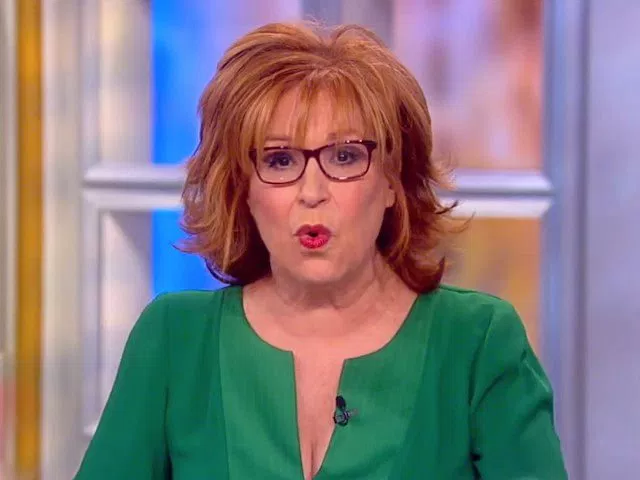 The remarks came after Jedediah Bila, the show’s token “conservative,” reminded her fellow co-hosts that Trump won, and not because his supporters wanted strong policies combating global warming.

“I just wanna say one thing on climate change, because… people in this country didn’t elect Donald Trump to be a champion to fight climate change. That was not a policy issue that they believed in.”

Whoopi Goldberg countered that if a president and his supporters don’t agree with the majority of climate scientists[3] on global warming, they should simply “leave it alone.”

Bila once again had to remind the panel that Trump’s responsibility was to the country that elected him. “He may wind up in a position where he differs with leaders on that, but leaders of other countries weren’t elected by Americans, and he won here, let’s face it. You don’t have to agree, but he won the election.”

Joy Behar, whose favorite president of all time is Barack Obama[4], wouldn’t concede Trump had won the election. “He didn’t really win here. He just won the electoral college. Three million people did not vote for him.” Her third statement was flat-out wrong, since almost 63 million voted for Trump in the 2016 general election, and her first showed her contempt for the current U.S. electoral system.

“He won,” Bila replied. “He won. That’s called ‘winning the election.’” But Behar wasn’t budging: “He didn’t win,” she responded. Just because she doesn’t like the results, doesn’t mean it’s not the way things really are. Trump is President… deal with it already. He won the election fairly and he’s in the White House now. She’s just going to have to live with her bitter disappointment. All of the left will have to and it serves them right.

As Donald Rumsfeld[5] told Behar, “What counts?” “Well the electoral vote counts,” Behar answered. “I thought so,” Rumsfeld said. That’s how you smack a liberal down and Behar had no come back for it. You don’t bully Donald Rumsfeld. She also tried it with Bila who smacked her around as well. Just keep it up… it makes you look more and more unhinged. I know that’s hard to do with someone like Behar because she’s already so obviously deranged… but she keeps working at it.