Matt Damon is a very wealthy celebrity – his worth is north of $160 million. His children can and do go to the most expensive, elite schools out there. But for some reason, he wants to ensure that normal Americans have a VERY limited school choice for their children. He wants them trapped in the public school system with no way out. But Damon does not send any of his four daughters to public schools… no way. That’s for the masses, not the anointed. He was in Boston last week for a screening of the documentary “Backpack Full of Cash.” He narrated the film.

While there he discussed the documentary with a standing-room-only audience of teachers and education activists at Wheelock College. That’s a private school that for a year’s worth of fees will set you back $51,325. He addressed the crowd there, stating that public schools have been “at the forefront of our family and dinner table conversations my entire life.” Which is odd considering his children go to private schools. Maybe they thank their lucky stars at dinner every night that they don’t. That must be it. 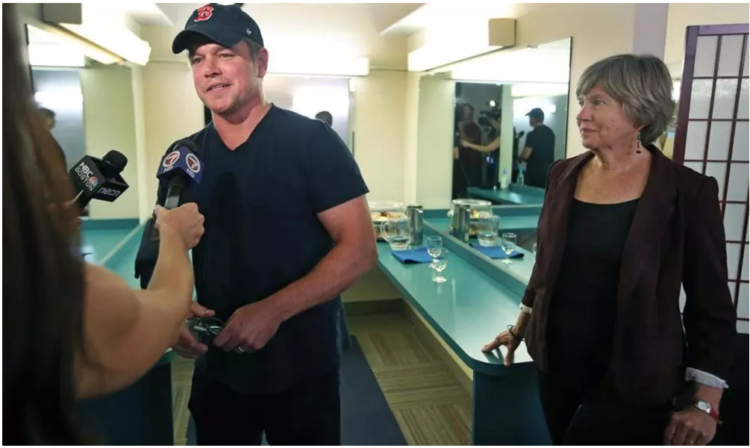 “Teachers have been increasingly beat up and devalued for the last two decades, and ultimately we’re all going to pay for that as a society,” Damon said. And whose fault is that? It’s the teachers’ unions, the schools and the bureaucrats doing that. They keep bad teachers forever and ditch the good ones. “To see these kids not have that kind of access — how many of these kids in these schools, how many artists have we lost? How many learners have just given up because they feel like this is not for them?” Well, if you would quit using public schools for immoral, depraved social experiments, many more would probably stay. Just sayin’.

And here is the true heart of his rant. That documentary criticizes and attacks charter schools and insists that voucher programs, online programs and other new ideas must be shunned. Forget about homeschooling. He’s advocating to make it impossible for kids going to poor, dangerous schools to get into other schools where they would have a fighting chance. Instead, Damon thinks we ought to dump tons more cash into the bottomless pit of the public school system. Like that has ever worked in the past. Talk about clueless. 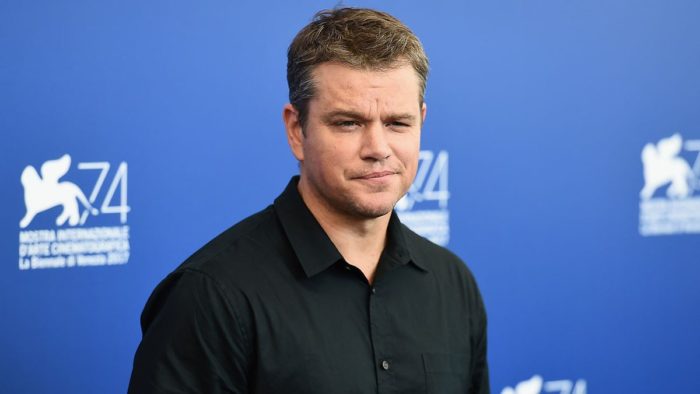 This event that Damon pontificated at was primarily focused on increased government funding for music and art classes in public schools. Because liberal arts will save the day… not. Only actual learning involving reading, writing and arithmetic, along with science and history will do that. Hell, he probably wants genderless restrooms and strict pronoun enforcement too. What a putz.

This isn’t even real to this guy. He lives in Pacific Palisades with other famous celebrities and millionaires. Damon has claimed with a straight face that he doesn’t “have a choice” when it comes to sending his own kids to private schools. That’s a load of dung. He has the funds to send them to any school in the world he wants or to hire private tutors. Most Americans don’t have that luxury. “Sending our kids in my family to private school was a big, big, big deal. And it was a giant family discussion,” Damon told The Guardian in 2013. I’ll bet and it probably lasted about ten seconds. “But it was a circular conversation, really, because ultimately we don’t have a choice. I mean, I pay for a private education and I’m trying to get the one that most matches the public education that I had, but that kind of progressive education no longer exists in the public system. It’s unfair.” Dude… you didn’t have ‘progressive’ education. You had actual education… but you are right, it doesn’t exist anymore and it is unfair.

Damon was a sheltered student during his years in academia. He attended two public schools: Cambridge Alternative School and then the Cambridge Rindge and Latin School. He also attended Harvard University, but failed to graduate. Back in 2011, he gave a speech at a Save Our Schools march in DC. In that speech, he emphasized that teachers are wonderful and standardized tests are really bad. And you can just bet he’s for Common Core. He’s certainly not for freedom of choice.